The girls from the Fate/kaleid liner Prisma Illya series has been featured as a poster in the August 2016 issue of Megami. You can purchase this issue of Megami magazine here (get 5% off with coupon code MOE-N3Y-4YW0QK) and you can view the other posters that come in this issue here. 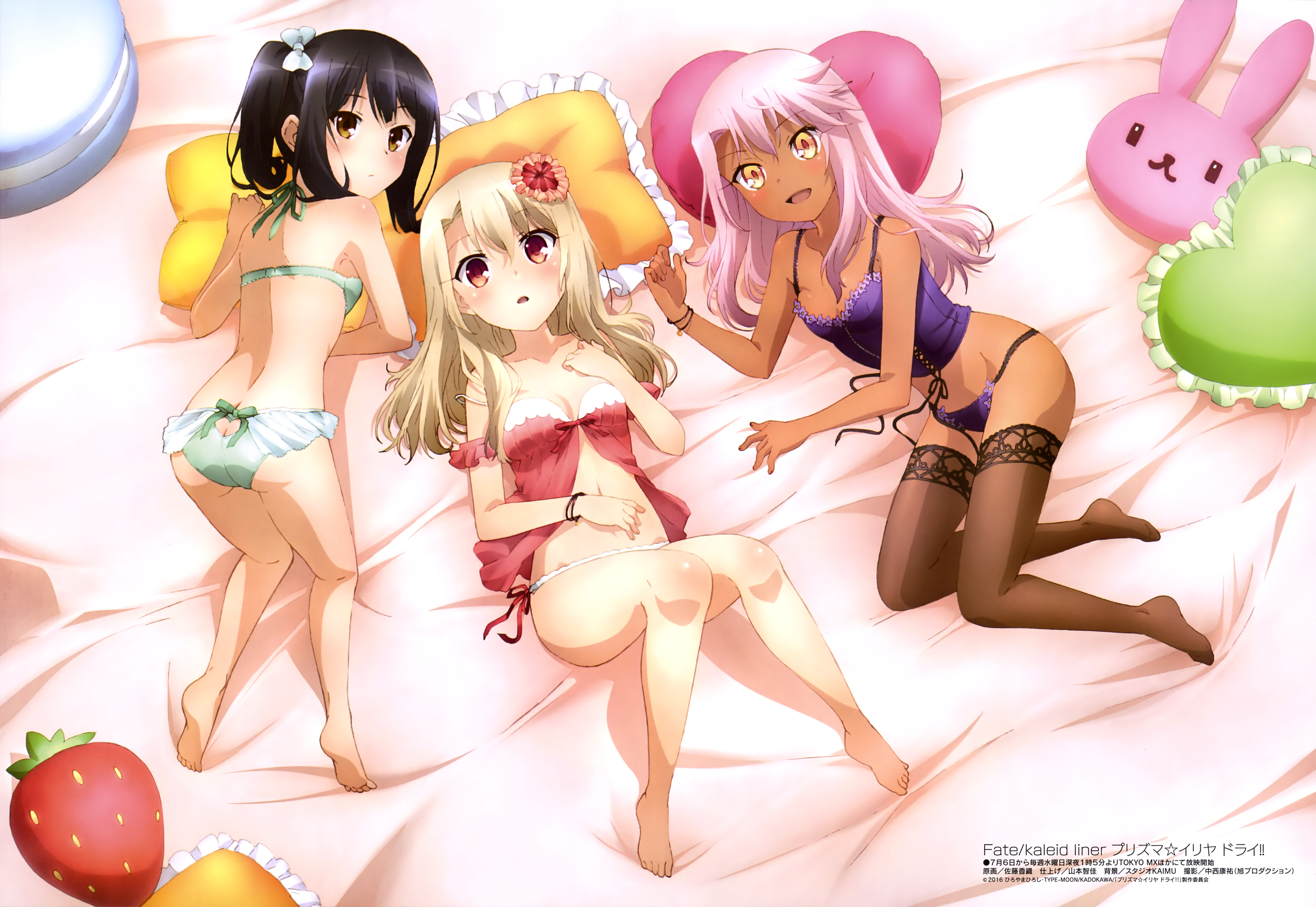 Fate/Kaleid Liner Prisma Illya 3rei!! began its broadcast on July 6th on AT-X and Tokyo MX; as well as other unannounced broadcast stations.

The main cast of the series include:

The production staff from the previous anime returned for the fourth season: