A new visual for the anime adaptation of Hiroshi Hiroyama’s Fate/kaleid liner Prisma☆Illya has been featured as a double page spread in a double page spread in the August 2015 issue of popular Japanese magazine Comptiq. The new visual features Chloe von Einzbern, Miyu Edelfelt and Illyasviel von Einzbern. This issue of Comptiq can be purchased here. 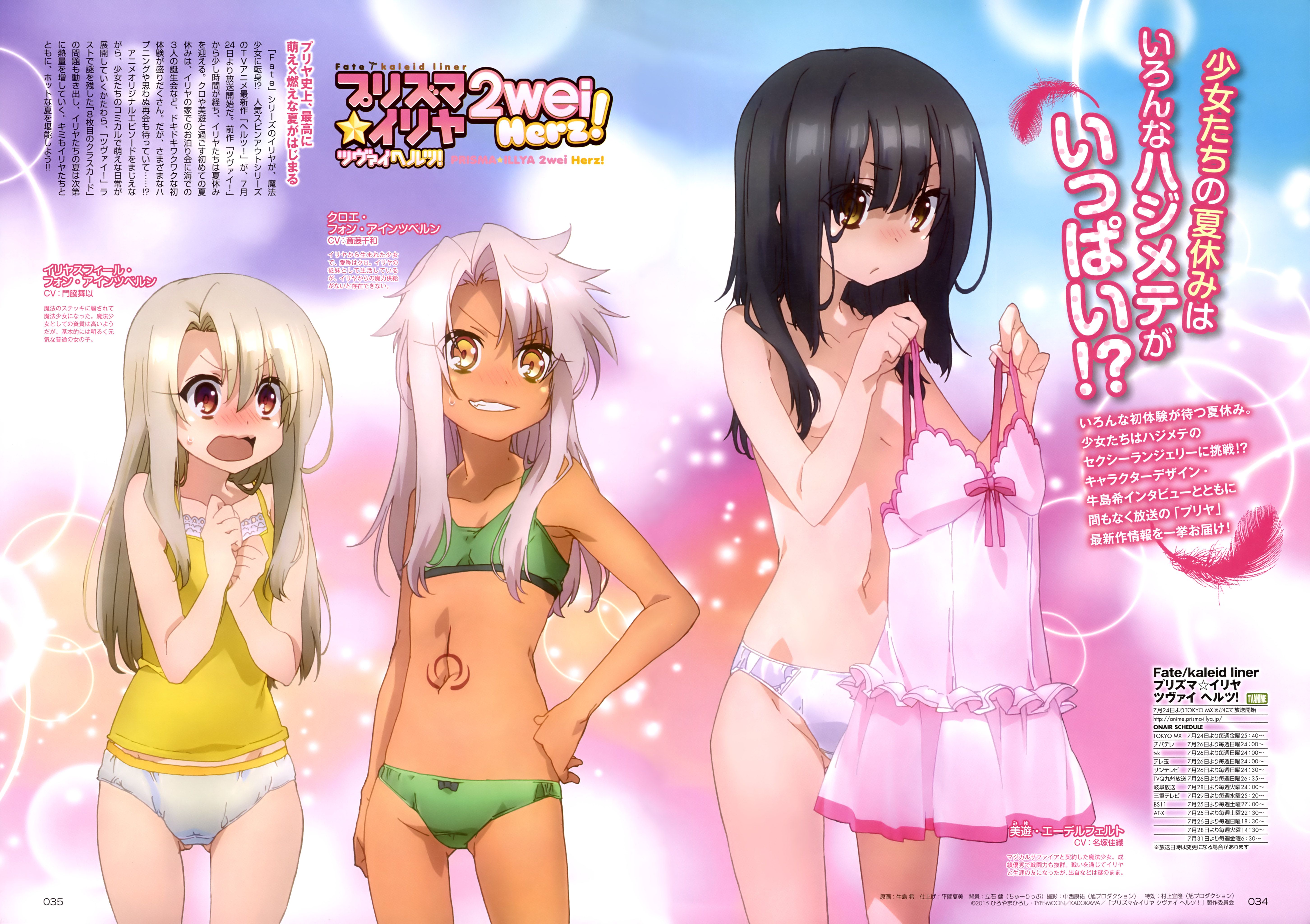