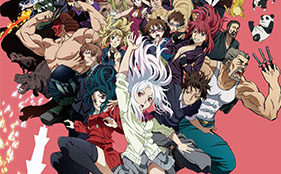 Tokyo ESP is a new anime series which is based of the manga by creator Hajime Segawa (Who also is the author for Ga-Rei), the first episode aired on July 12 and it will continue to air throughout the summer 2014 anime season. The current episode count is unknown. Will you watch Tokyo ESP this season?