A new visual for the anime adaptation of Masaki Tsuzuki and Takuya Fujima’s manga Magical Girl Lyrical Nanoha ViVid has been revealed in a Japanese anime magazine. The new visual features Vivio and Einhard Stratos killing some time at the beach. 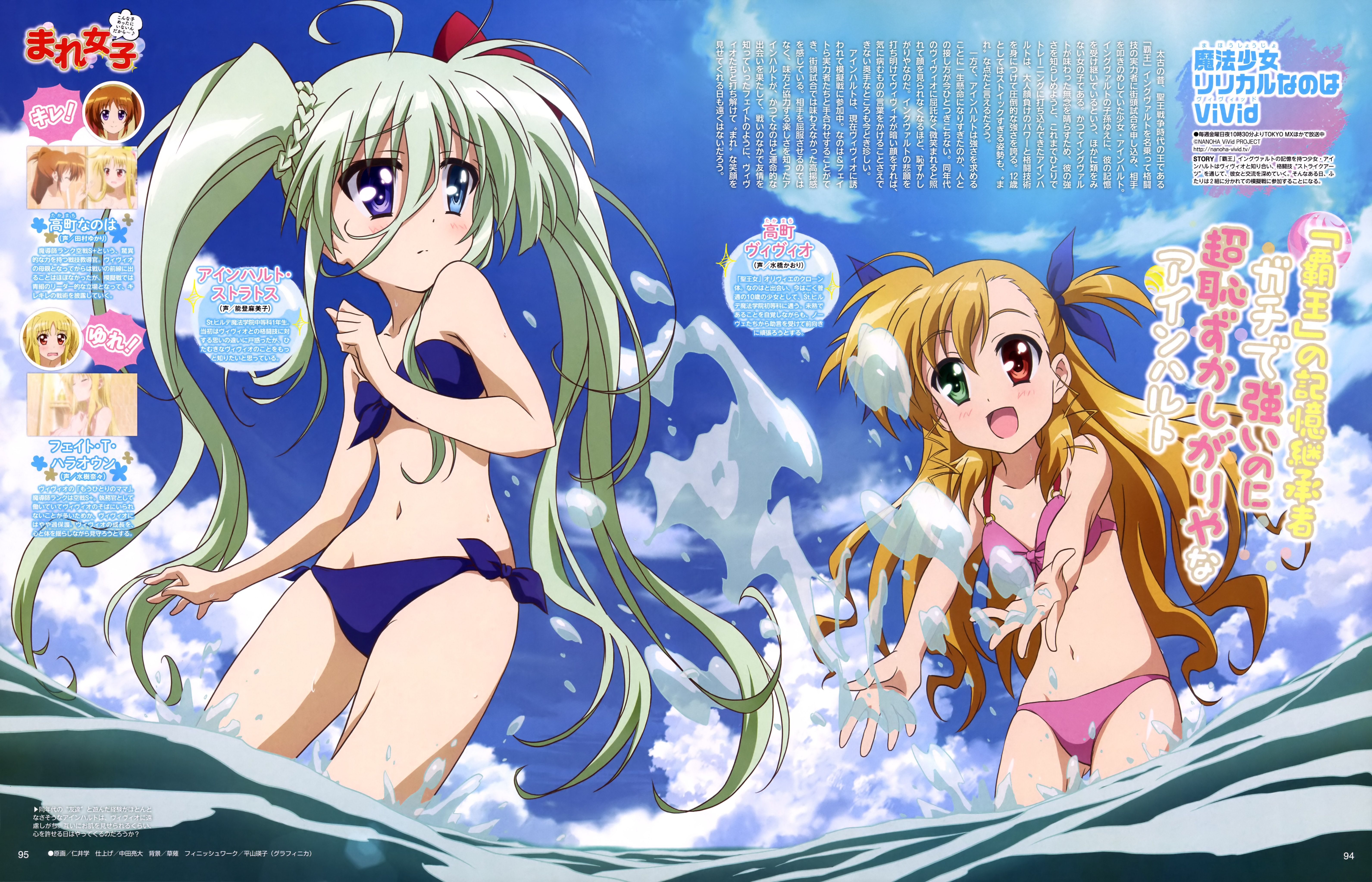