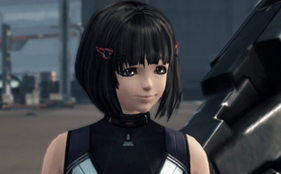 Nintendo isn’t new to censored content featured on their systems – such as name and costume changes for Bravely Default and a scene featuring Tharja, in Fire Emblem: Awakening – so it comes as no surprise this would potentially happen again. Thanks to Twitter user Teikage, screenshots reveal the differences between the Japanese release and the European release.

Lin Lee – the character, in question, getting these cosmetic changes – is reportedly thirteen-years-old which makes sense that this censorship would arise when delivered to a Western/European audience. This definitely, also, explains Xenoblade Chronicles X receiving a Teen rating in North America and a 12+ rating in Europe.

As of this writing, it’s only been shown that two costumes have been censored. However, we’ll keep you updated if and when more information comes out.

Xenoblade Chronicles X, developed by Monolith Soft (Xenosaga trilogy, Disaster: Day of Crisis) and published by Nintendo, will be released in North America and Europe on December 4th, 2015 exclusively for the Wii U.