During the stage greeting at a Yowamushi Pedal film screening it was revealed that production on a third television anime season has been green-lit. A promotional video was also streamed at the stage greeting. More information about the third season will be revealed soon. 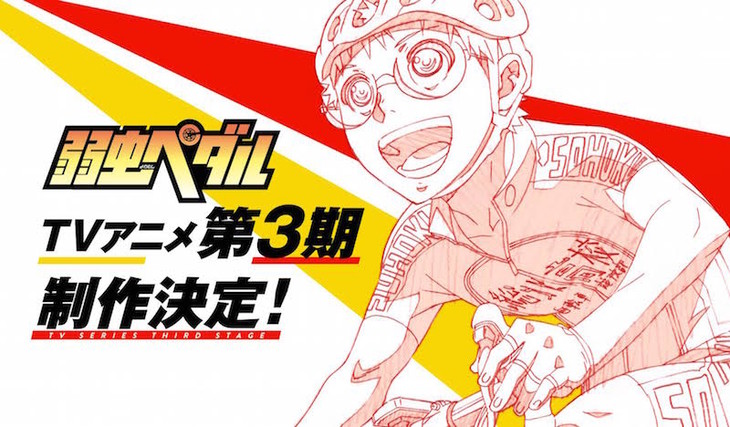