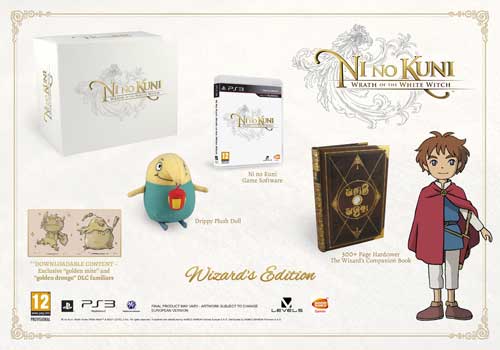 Studio Ghibli is normally known for using it’s artistic style for anime movies, such as Howl’s Moving Castle and Princess Mononoke, but when it was announced that they were turning their attention to games with the help of Level 5, a lot of heads were turned. At the MCM Expo (26th-28th October) Game Muse took a proper look at their new game Ni No Kuni: Wrath of the White Witch.

The basic story follows the tale of Oliver, a 12 year old boy whose mother dies, and his tears magically bring his doll, Drippy, to life. He gives you the Wizards book to magically enter the world of Ni No Kuni and together you go on a quest to save your mothers spirit. So far this sounds very typical of a Japanese RPG, but there are many things that make this completely different from the ones previously, but you can still see the influences there. 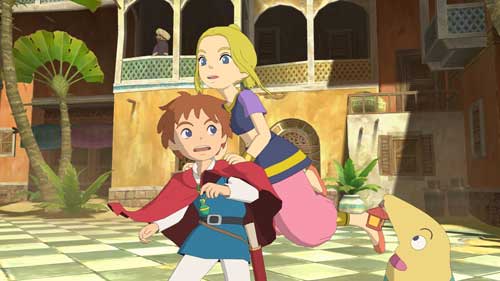 When watching this game being played in a live demo at MCM expo, two games were brought to my mind whilst watching and these were Final Fantasy 9 and Blue Dragon. Going from just these two influences, the combing of these two games would be a very good thing to happen.

Now as I said, although there influences are seen quite easily, it’s the differences that make this game stand out from the rest. The main parts that make it stand out are the amount of characters you can fight as within the game, and how it works. Although you only get three main characters to play with, each character has three different minions to play as. This essentially means that you get to play as nine different characters, and fight with them. This may make the fight system seem unbalanced but the minions are levelled up with the main characters. You can also personalise these minions to some respect by renaming them to whatever you want. It adds a bit more personality and meaning to your characters. 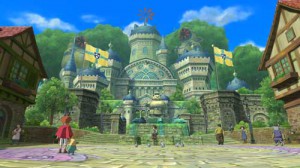 The way the fights are done is generally wild encounters on the main map, which you can then either decide to fight, or you can run away. Since you can see the enemies on the main map, you can then attack them from the side or behind and launch a sneak attack (you definitely go first) and the enemies can do the same as well. The other way (well only other way seen in the Demo) was a boss fight, which showed off the special moves as well.

Before playing this demo and hearing the talk that was given at the MCM expo I was on the fence about this game, It looked good but I didn’t know if it was going to be any good. Now I am a fully converted Ni No Kuni fan and I can’t wait for this to be released next year on the 25th of January. Unfortunately it is a PS3 exclusive at the moment and there has been no news of the DS game being exported to the western audience. This does seem to be the game to buy a PS3 for if you haven’t got one already.