Doji Morita(森田 童子) is a Psychedelic-Folk singer-songwriter born in 1952, her musical career went from 1975 to 1983 when she gave her last live concert at Shinjuku, Tokyo.

She released a total of 8 albums and in 1993 and 2003 had “Best Collections” released to accompany the TV drama 高校教師 (and its remake) that featured her song, ぼくたちの失敗 (Our Mistake) as the OP.

Her career began in 1975 when she recorded her first LP, nostalgically called “Good-Bye” after being inspired by the death of a friend. Because of this her first album (And in the end, all of her music) is a beautiful melancholic mix of guitars, piano, cello and other occasional odd assortment of wind, electric or string instruments.

With 早春にて(In Early Spring), we can get a wonderful taste of the ride we’re about to take. The poetry that is being sung to us with the lonesome voice of Morita can only provoke empathy on us, from the pain she felt, the pain that drove her to write this masterpiece of Japanese Folk.

And so continues the ride along Doji Morita, her happy songs have a bittersweet spice to them but it’s her melancholic love songs, masterfully crafted by her genius that will leave you in a trance and love struck to her voice and music. 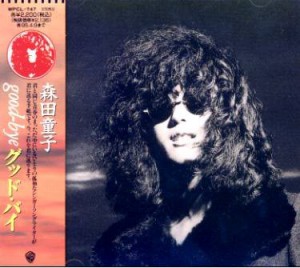