A new key visual for the recently released Charlotte anime has been featured as a double page spread in the August 2015 issue of the Japanese anime magazine Animage. The new visual features Joujirou Takajou, Nao Tomori and Yuu Otosaka. You can purchase the Animage magazine here. 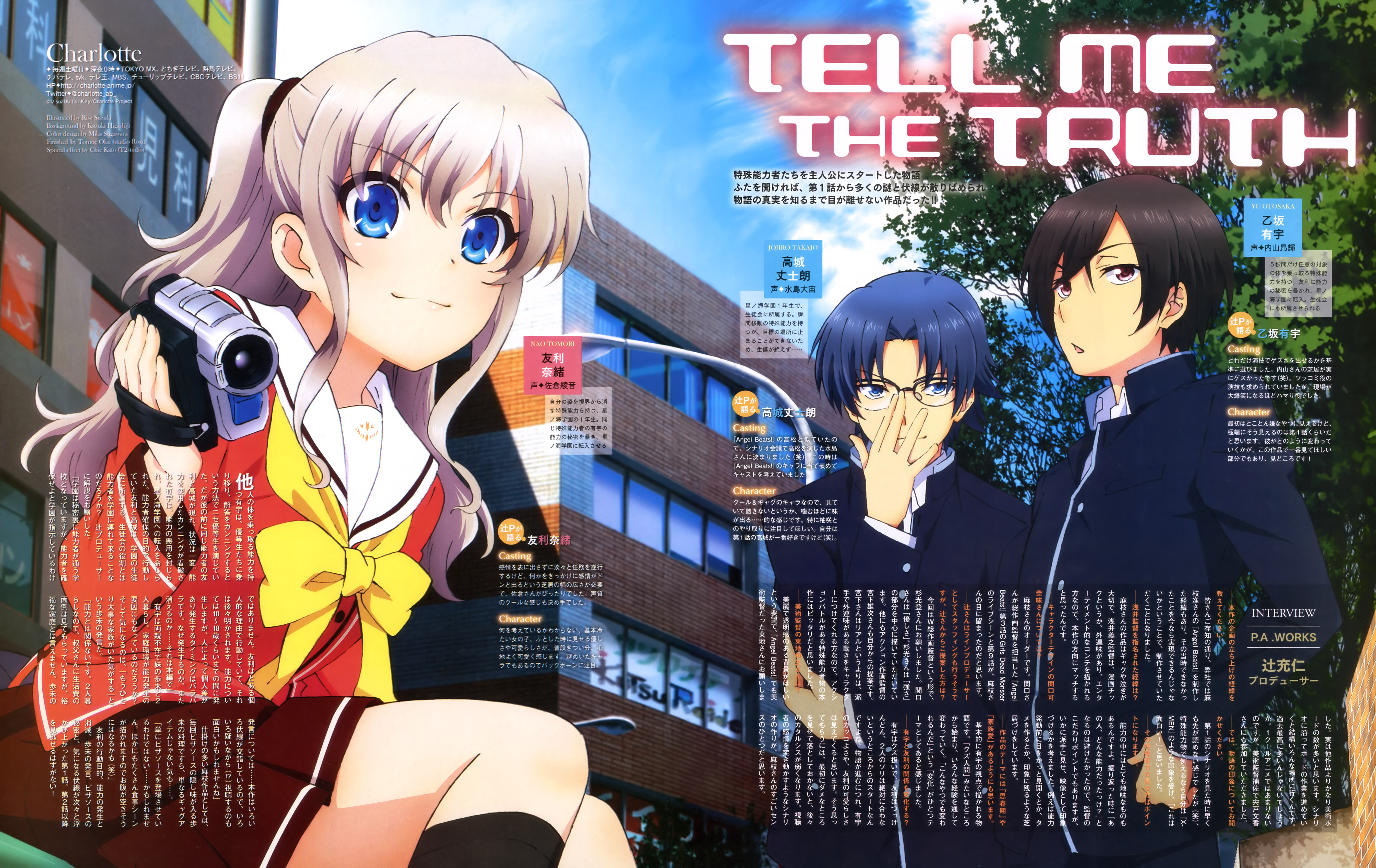