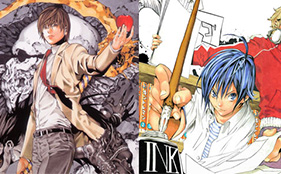 It has been revealed from a scan of the upcoming 44th issue of Weekly Shounen Jump magazine, to be released on Monday, that manga authors Tsugumi Ohba and Takeshi Obata, known for their work on Death Note and Bakuman., will start a new manga series titled Platinum End. The series will debut in the December issue of shounen magazine Jump SQ, officially releasing on November 4. A special feature will premiere the beginning of the story in the 45th issue of Weekly Shounen Jump magazine on October 5. 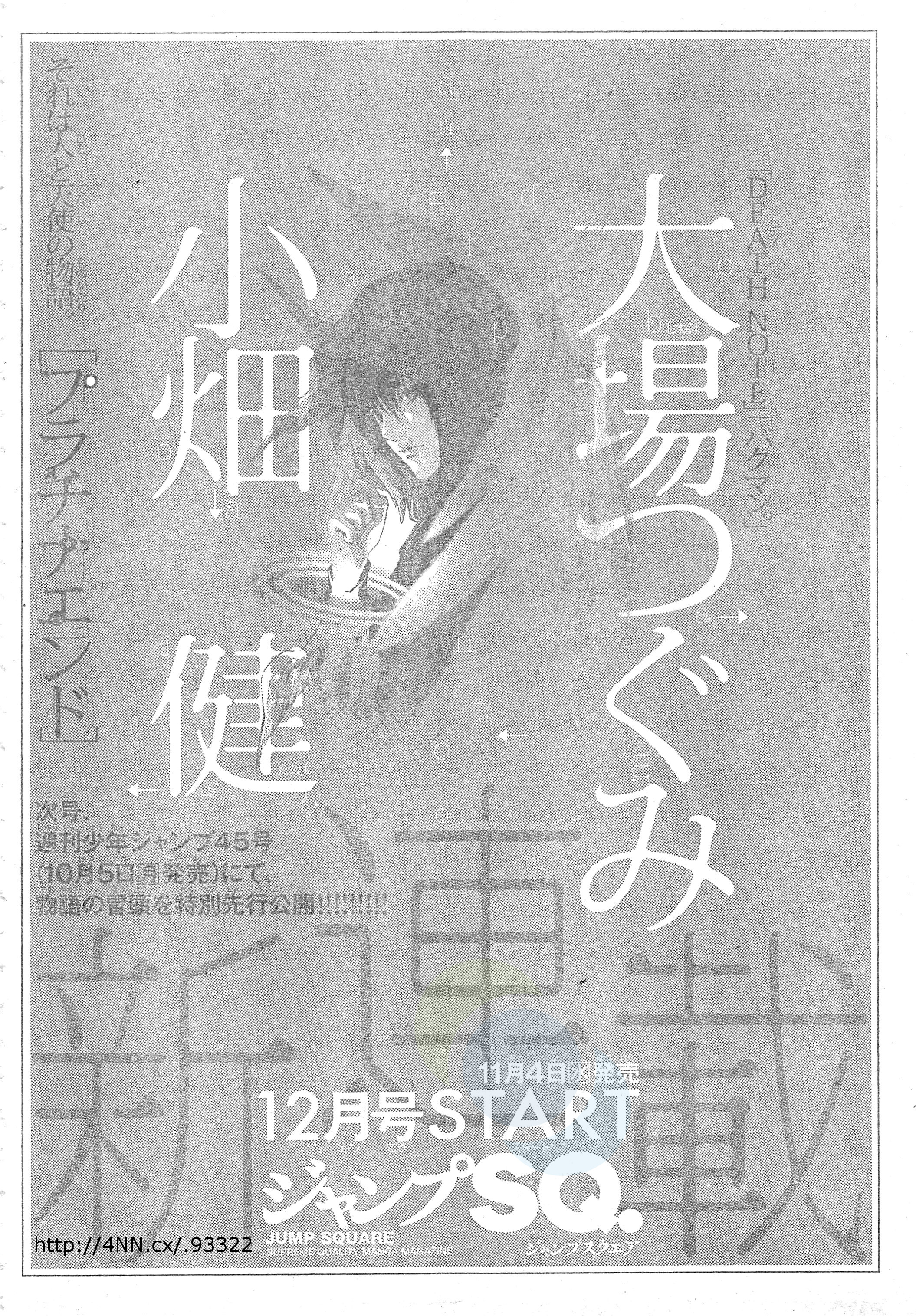 Tsugumi Ohba and Takeshi Obata are publishing the second half of a two-chapter prequel manga for their Bakuman. manga in the 44th issue on Monday.

The two creators serialized the Bakuman. manga in Shueisha’s Weekly Shonen Jump magazine from 2008 to 2012, and Shueisha published over 15 million copies of the manga’s 20 compiled volumes. The manga inspired three television anime series from 2010 to 2013.

The duo serialized the Death Note supernatural suspense manga in 2003-2006, and it has 30 million copies in print worldwide. The manga inspired three live-action films (including one spinoff centering on L), a 37-episode television anime series, and the recent live-action television series in Japan. The manga is inspiring a new movie next year.

Death Note also inspired a musical by a Japanese and American team that ran at Tokyo’s Nissay Theatre from April 6-29. Warner Brothers has been developing a planned live-action film in the United States.

“This is a story of a human and an angel.”