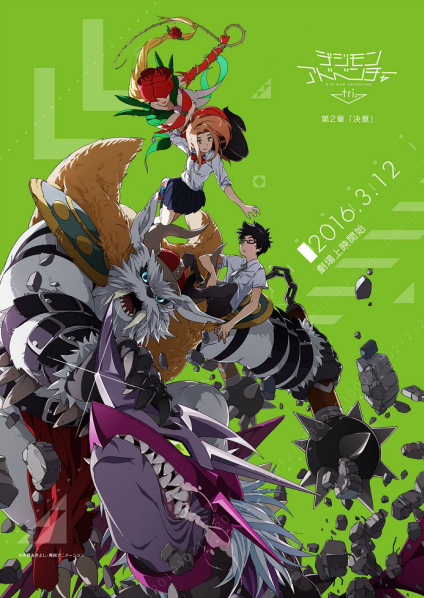 In related news, the Digimon Adventure tri. theatrical anime series has been featured in the December 2015 issueof Animedia as a poster. This issue of Animedia can be purchased here and you can view the other posters that came in this issue here.