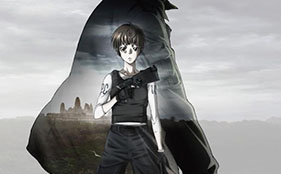 Aniplus-Asia began streaming the second promotional video for the Psycho-Pass Movie with English subtitles. The movie debuted in Japanese theatres earlier this year on January 9th and the movie will be releasing in Singapore at the Golden Village Suntec City theater today.

The first promotional video for the movie with no subtitles:

In addition, the anime’s production staff were also revealed earlier and includes the following: