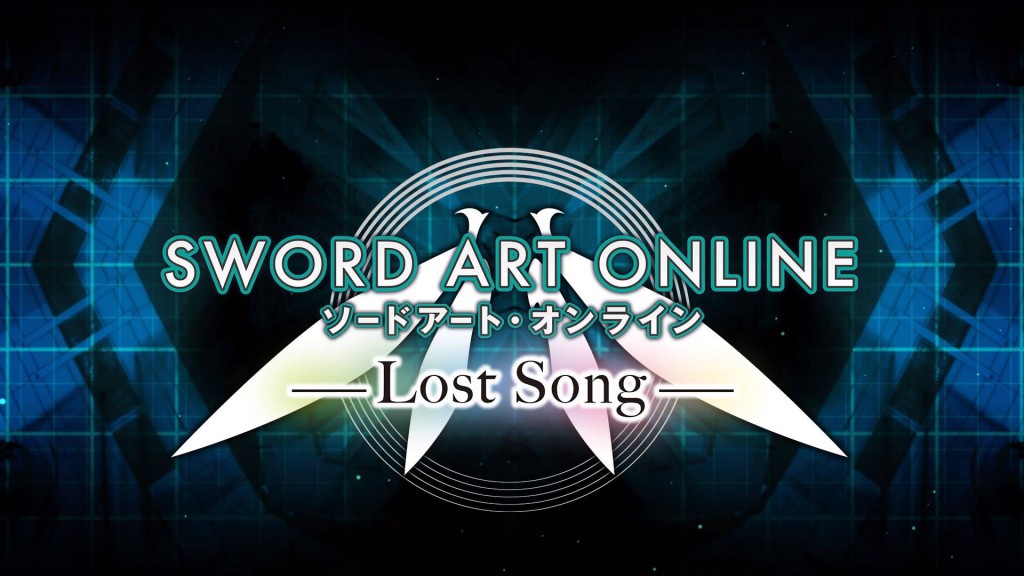 *I only play the Sword Art Online games. I only have basic knowledge of the light novels and anime.

The game takes place in Alfheim Online (ALO), the second arc of the Sword Art Online story. The story of Lost Song was written by Reki Kawahara, the author of the Sword Art Online light novels. Ignoring the storyline established in the light novels and anime, the game follows the story following Sword Art Online: Hollow Fragment. The story of Lost Song is pretty simple.  Kirito joins ALO along with everyone else from Sword Art Online, and the game starts a few months after he joins in. ALO has just introduced a major update, including a brand new area called Svart Alfheim. Kirito and the others rush to beat this new area. In the meantime, Kirito also becomes interested in a player called Seven, the leader of Shamrock, the most powerful guild in Alfheim Online. In the real world, Seven is a brilliant young scientist, and she is also an idol. Kirito hopes to learn more about virtual reality from her, which is only possible if he is able to join Shamrock.

All of the main characters in Sword Art Online as well as the characters introduced in Hollow Fragment, join Kirito in this game. If you’ve read the light novels, or watched the anime, you’re likely to see much of the same kind of thing out of the characters in this game as you would in the LNs and the anime series. The game also brings back the game original characters from Hollow Fragment, Philia and Strea, and they also bring in Sinon and Yuuki, despite them not being in the original ALO story. I am assuming that Seven will join the group later, as well as new game original character, Rain. I’m only about two or three hours into the game, and I’ve already unlocked all of the original SAO cast as party members.

There may be a couple of times during the game when you want to kick back and relax, and see the cast of SAO go back to some of their antics. Luckily, the game has plenty of little side quests that either will result in a battle, or may be there just for fun. There’s plenty of misadventures with Kirito and friends and the humour might illicit a chuckle or two out of you. As someone who hasn’t read or watched Sword Art Online, and relying mostly on accounts told to me by other people, this seems like it’s right in the ballpark for any SAO fans.

As mentioned before, this game focuses more on action that the previous SAO games. Attacks are mapped to the Square and Triangle buttons for weak and strong attacks respectively. Strong attacks lower your Stamina gauge, which recharges over time. Skills are activated by holding R1 (R on Vita) and pressing another button. You can map your skills to these buttons. Skills deplete mana, and mana refills pretty slowly in combat, so you have to pick and choose when to use your skills. Another part of the game is flight. Flight is mapped to the D-pad, with Up activating flight, the side buttons activating hovering, and Down to cancel flight. Flying around is a lot of fun, and it provides a new perspective on the world, since you usually can’t do this in games. Standard flight controls apply, where pressing Up makes your character descend, and pressing Down makes your character ascend. It takes a while to get used to if you’re not used to flight controls in games. You can fight in the sky as well, and the fights play out pretty similarly. Fights are pretty fun to play, though being an action game, fun factor is determined by how much you care about pulling off the same combos over and over again. To mix things up, all the characters you unlock are playable, so if you don’t want to play as Kirito, you don’t have to. If you ever wanted to play as Asuna, Leafa, Sinon, or whoever you wanted, you are able to in this game. You are able to take up to two other party members with you, and the AI is actually half-decent at fighting. They may not always attack who you want them to, but they do their job. It’s not like some games where the AI seems to have a death wish with their character. There is also a multiplayer mode in this game, where you can take on quests together or take part in PvP fights. I have yet to try out the multiplayer as I don’t have Playstation Plus as a PS4 player, but from what I hear, the multiplayer works pretty well.

Where I start to have issues with the game is when it comes to the camera. In towns, the camera doesn’t always have your character centered in the middle; it’s slightly to the left, which doesn’t really make sense to me. In addition, the camera follows you too closely in town. The camera is positioned right behind you in town. In the field, the camera is centered on your character and it’s zoomed out more, which I like. Where the camera also has issues is during fights if you choose to use the lock-on feature (holding L1 or L on the Vita). Moving the camera is with the right analog stick as usual, but using the right analog stick also switches targets in lock-on mode. So if you just wanted to change your angle on whatever you’re fighting, and there’s other enemies nearby, you might accidentally change your target and force the camera to change along with it. If you’re in a particularly tough fight, it could potentially spell your doom, so that is a major issue. Another annoyance is trying to skip over some dialogue or exiting a menu. To exit a menu, you have to press Circle. However, if you’re talking to a shopkeeper or a NPC, the Circle button is also used to initiate conversation (the X button is mapped to jumping). So when you want to exit a menu, make sure not to mash the button as you probably usually would, or you’ll just enter a loop.

On the PS4, it is fairly obvious this was a PS3 game. All they really did was smooth out the textures, and they made the character models look better. The frame rate is pretty steady, even during some of the more frantic fights, although the characters’ animation can be a little stiff. The world itself looks pretty good from an artistic perspective so that still holds up. All of the voice actors from the anime return to voice their characters in the game, featuring Yoshitsugu Matsuoka as Kazuto “Kirito” Kirigaya, Haruka Tomatsu as “Asuna” Yuuki, and Ayana Taketatsu as Suguha “Leafa” Kirigaya. Artist abec, the artist for the series, returns to do the event scene character models as well as the CG scenes in the game. One of my favourite parts of the game is the opening song, “Cynthia no Hikari“, by Eir Aoi. Eir Aoi performed the second opening of the first season, “INNOCENCE”, the ending for the SAO Extra Edition, “虹の音” (Niji no Oto), as well as the first opening of the second season, “IGNITE”. It’s just a shame they opted to not have the opening play whenever you start the game. Once you pass the prologue, you can see the opening and then if you want to watch it again, you have to go to the inn and watch it in the gallery.

If you’re not a fan of Sword Art Online already, you probably won’t find much here to change your mind. From what I get, it looks to be standard fare for a game of Sword Art Online. The gameplay is decent, but nothing groundbreaking. The flight mechanic is one of the stronger parts of the gameplay, and just taking in the sights as you fly over the world is a great feeling. The camera and lock-on issues throw the game off its pace however, and not being able to change the controls is frustrating.

However, if you are a fan of the series, I would say this is a good game to jump into to play with your favourite characters, since they’re all here. This feels like Sword Art Online, from the characters, to the event scenes, there’s plenty here to enjoy. This is also a story written by the author himself, so if you like his work, then you will likely feel right at home. I’m not much of a fan myself, but I’m having fun with it right now. That may change when I get deeper, but as of right now, it’s enjoyable.

Anyone have their thoughts on this game? Leave it in the comments below! 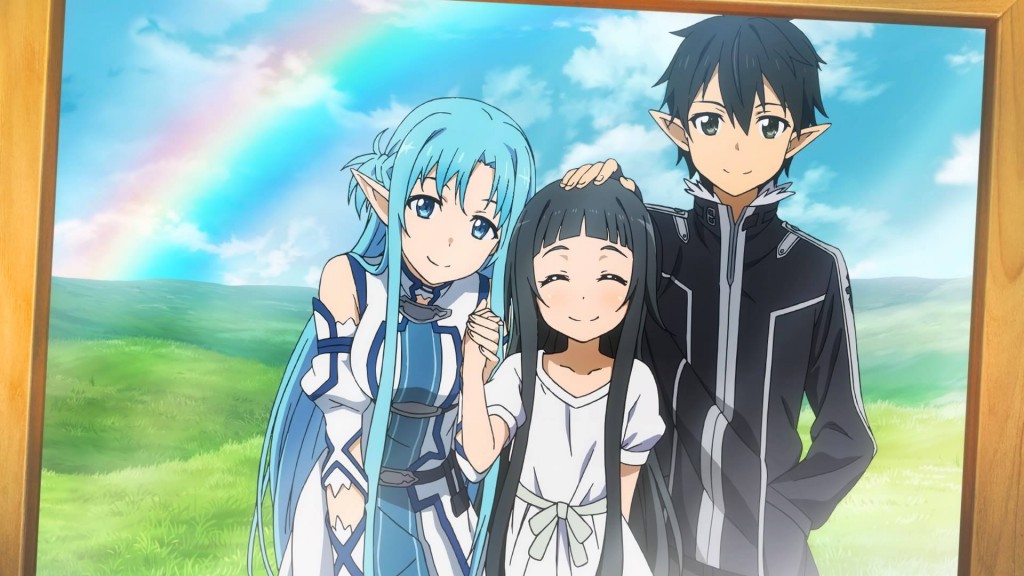