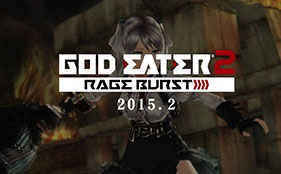 Bandai Namco began streaming a promotional video for the upcoming anime adaptation of their God Eater game series on Wednesday. The video reveals that the anime will begin broadcasting this summer.

The cast was revealed earlier and is as follows: