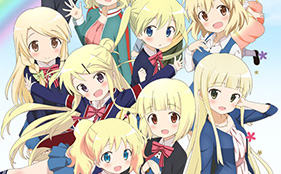 The official website for the second season of the anime adaptation of Yui Hara’s Kiniro Mosaic manga has revealed that the second season will be delayed until further notice due to a production error. This error has caused all girls of the show to turn golden-blonde, which resulted in all of KINMOZA!‘s girls the living up to the series’ “golden” name. 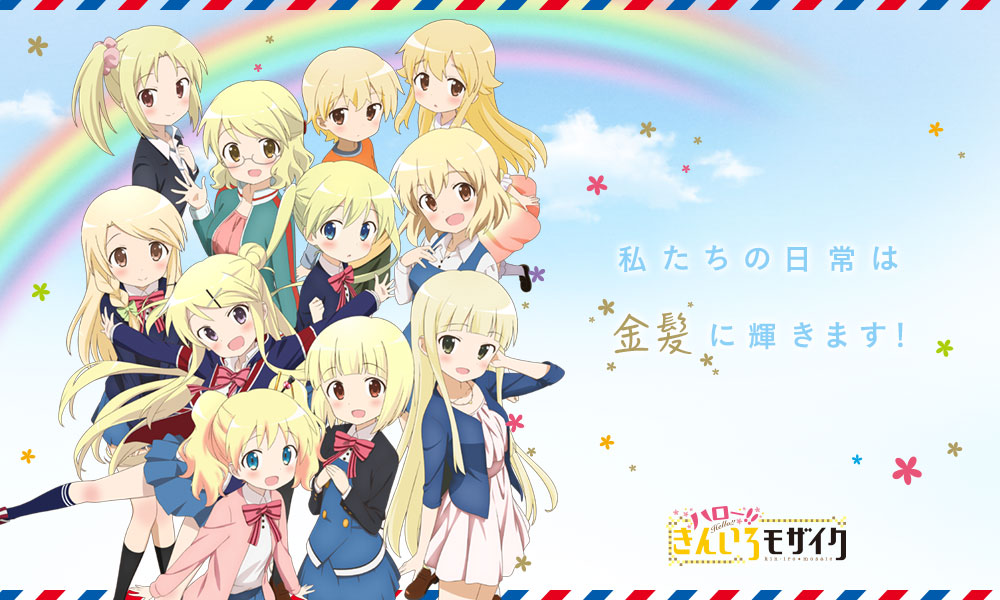 In addition to this, the third PV was recently streamed and features the opening theme song “Yumeiro Parade!” by Rhodan is also previewed in the latest video. Hello!! Kiniro Mosaic will be airing from April this year, during the Spring 2015 anime season.