A new Mahou Shoujo Madoka☆Magica (Puella Magi Madoka Magica) is currently in the works as news of a continuation of the series has been announced. A new website has launched for the next instalment in the series.  It will be a film that has been announced to be releasing in 2015. 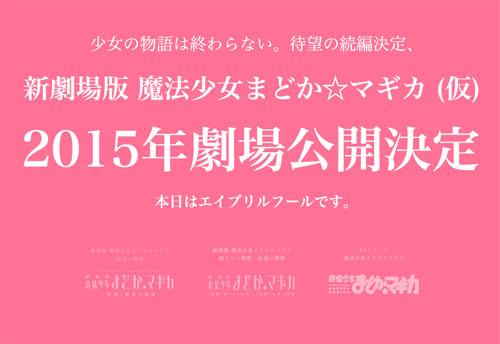 The image itself reads “The tale of the girls has not come to a closed. The long awaited sequel begins now!” The new animated project is a film, though it is only temporary and could change in the near future. The movie has been confirmed to release in 2015.

Mahou Shoujo Madoka☆Magica (Puella Magi Madoka Magica) is an original anime series that aired in 2011. The series was produced by Shaft, and was directed by Akiyuki Shinbo (Monogatari). The series was written by Gen Urobuchi and the character designs from Ume Aoki and Takahiro Kishida. The series received great reception breaking Blu ray sale records, and the franchise has grossed over 40 billion yen. The series was also live streamed on Niconico where over 1 million people watched the series. In addition to the TV series, a trilogy of movies were released. The first two recapped the story and the final movie, Rebellion, had an original story.

Not much is known about the upcoming Mahou Shoujo Madoka Magica movie.

You can find more information about the new film on its website: http://www.madoka-rnagica.com/newstory.html but do not view the page source of the site….

Alright, its an April fools joke. The website itself has already updated to reflect on that, saying that “It wasn an April Fools Joke. Sorry we lied to you. Note it was a single person and we had nothing to do with it”. So there you have it. Dreams crushed and hopes lost. 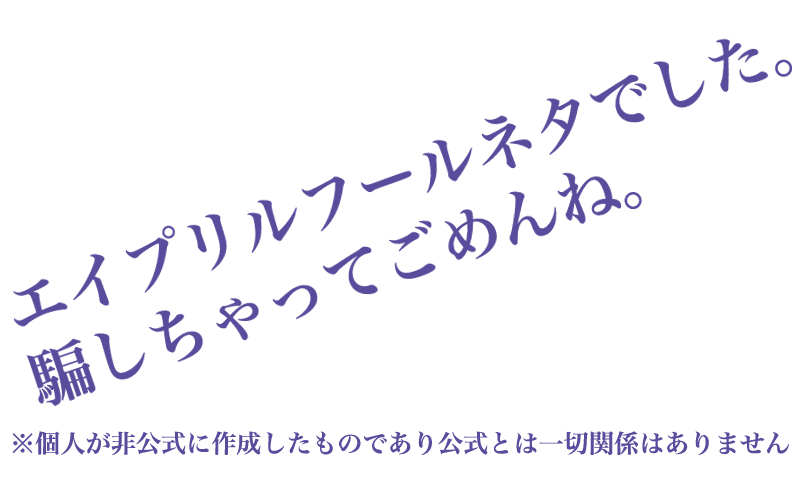 For anyone who wants to know what was in the source code, it was this ASCII art: 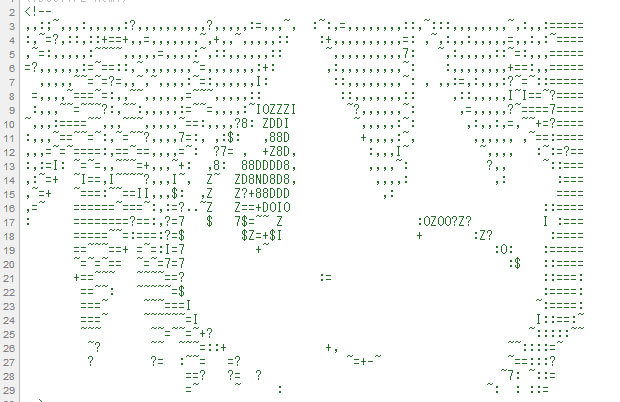