The well-known vocaloid, Miku Hatsune (in her newly realized Snow Miku incarnation) will be teaming up with the members of μ’s from Love Live! School Idol Project in a collaboration event planned for the Snow Miku 2016 celebrations during the Sapporo Snow Festival in February! 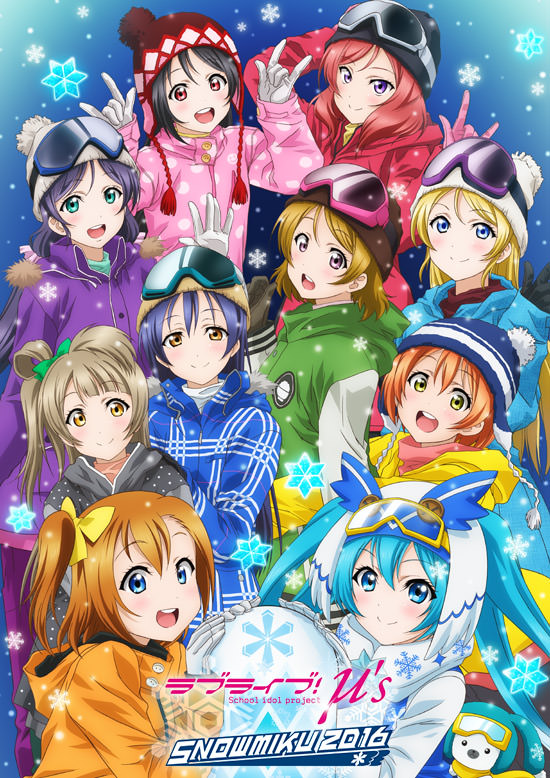 The collaboration will include original artwork (as the image above), as well as snow sculptures of Snow Miku and the Love Live! cast of cuties. They will be displayed during the festivities. Additional information (such as the possibility of special merchandise) will be announced at a later date.

The Sapporo Snow Festival runs from February 5 through February 11, 2016, in Sapporo, Hokkaido, Japan. Crypton Future Media has its headquaters in Sapporo, which only makes sense for them to participate in the annual even that is the Snow Festival with a variant version of their very own Miku Hatsune! More information, as it becomes available, can be located on the Snow Miku 2016 official website!