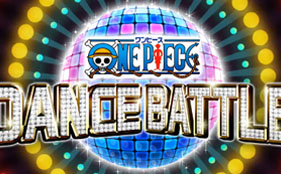 Bandai Namco Games have uploaded the second promotional video on Wednesday for One Piece: Dance Battle a music and rhythm game for iOS and Android smartphones. The trailer demonstrates how the player chooses a character and has to follow the dance commands. There are five different commands represented by different colored orbs, and, by streaming dance moves together, it is possible to execute a combo. If you successfully execute a combo, the speed increases and says “Tension Up” on the screen.

The game was initially slated for last winter 2013, but is now slated for download-only release through the App Store and Google Play some time this year.