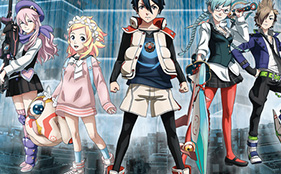 The official website for the upcoming original anime by Sanzigen, Bubuki Buranki, began streaming the first promotional video on Wednesday. In addition to this, it was revealed that the series will premiere from January 9th on Tokyo MX.