Earlier this year Japanese animation studio, SHAFT, revealed plans for the upcoming Madogatari exhibit to celebrate the studio’s 40th anniversary this year. A website was launched which is currently hosting an scroll-through gallery that originally featured characters only from the Mahou Shoujo Madoka Magica and the Monogatari series but it has recently been updated with more characters.

Joining the new visual on the website are characters from SHAFT’s Negima!?, Mekakucity Actors and Juuni Senshi Bakuretsu Eto Ranger. 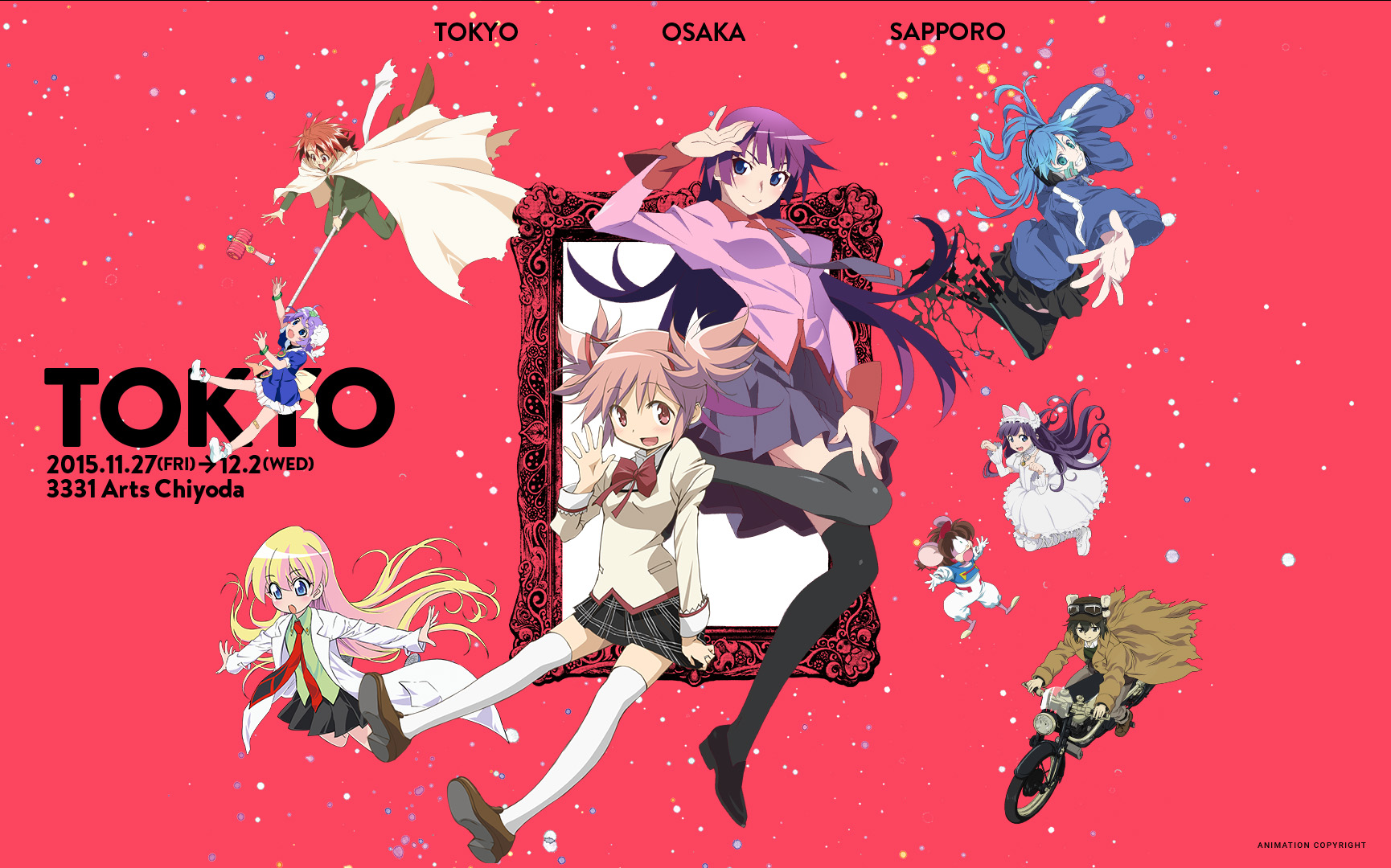 The “Madogatari” exhibit will open on November 27 in Tokyo and run for almost a week before moving to Osaka on December 22 and then Sapporo on February 2. 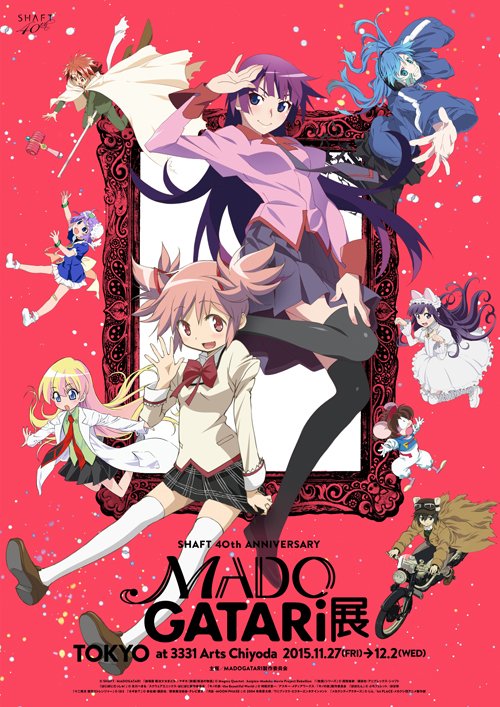 Here are some of the visuals combining sketches from the Mahou Shoujo Madoka Magica and the Monogatari series.