The Hunter x Hunter manga has been on hiatus for over a year now due to Yoshihiro Togashi’s health condition, but a fan recently went to the summer festival in Togashi’s home town of Shinjo, Yamagata, and spotted a new festival float illustration by the popular manga creator. 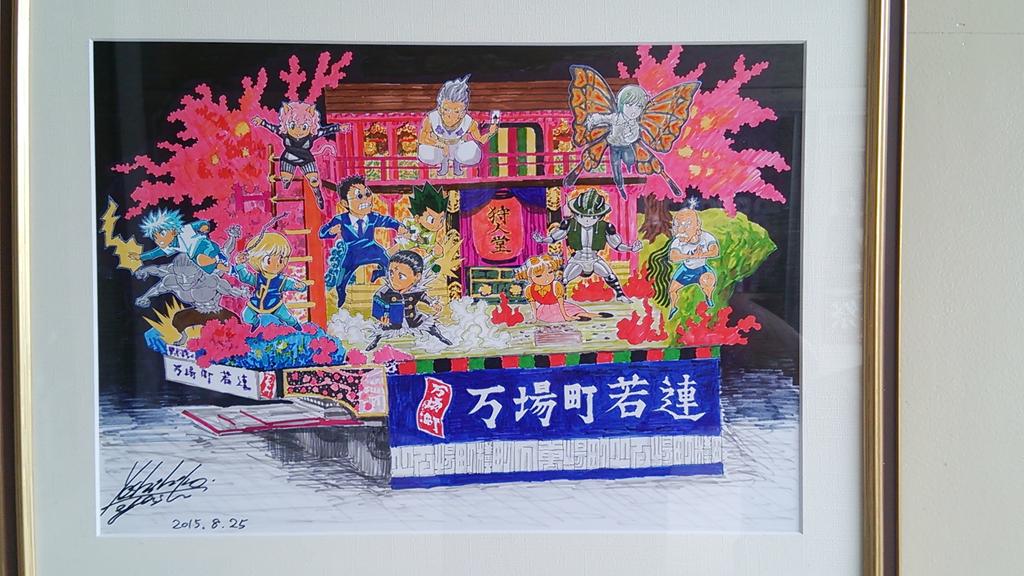 In addition to this, with the manga being on hiatus for so long, Book-Off and other Japanese bookstores have labelled the Hunter x Hunter manga as “finished” and are selling the 32 volumes as a complete set for 7,000-7,500 yen ($59-$63).