Today we’ve got our hands on a Dagashi Bento Pack from JList.

The word dagashi (駄菓子) originally referred to cheap candies of low quality, but over time the word has come to be used for candies which children can easily afford with their small allowances. The variety of dagashi is quite vast; the types of candies and snacks that can be bought include candy drops, bubblegum, chocolates, cakes, mixed sweets, juice powders, rice crackers, flavoured squid, and many, many more. They are wrapped in flashy packages, and some come with a sort of lucky draw that allows you to claim a second candy or snack if you get a win.

Until the 1960s or 1970s, every Japanese town had a dagashi store; nowadays, dagashi are more often found in convenience stores and 100-yen shops.

If you’ve seen the series K-ON!!, you’ll remember when Ritsu took Mugi to the Dagashi store after their day out at the arcade. 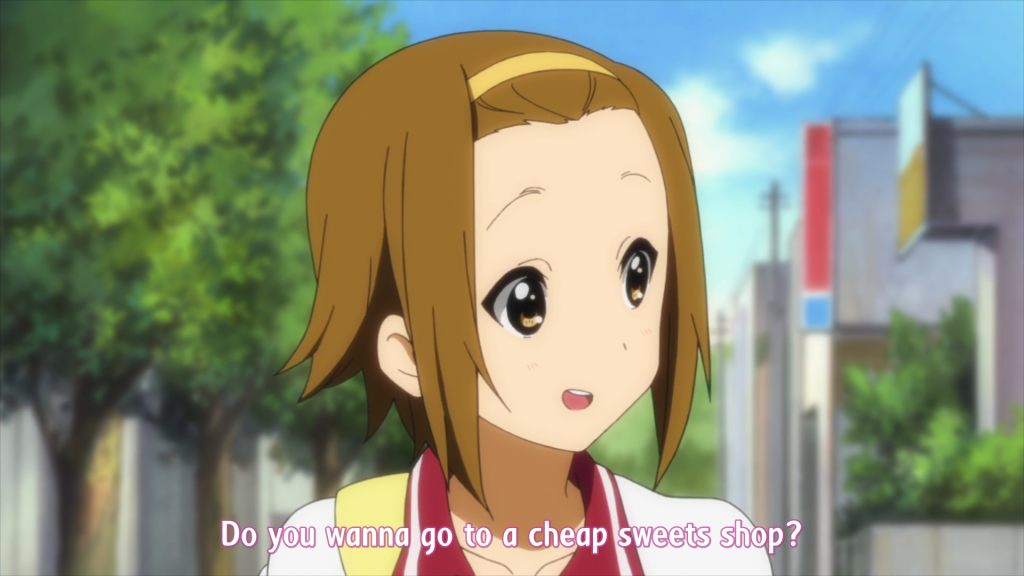 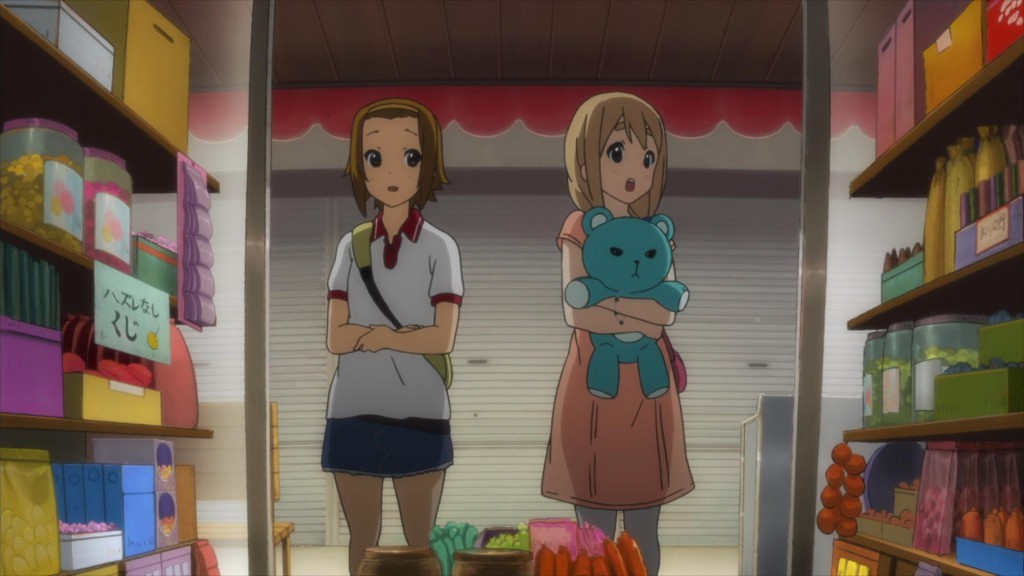 Just like Mugi, I was excited to try all the different types of dagashi! 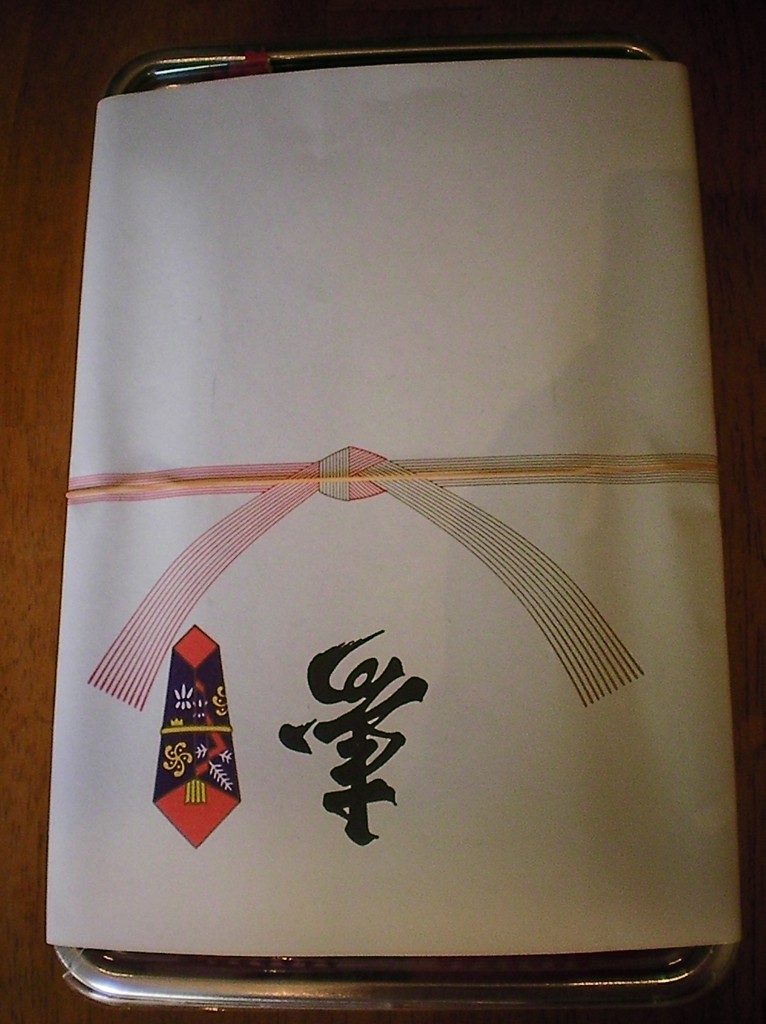 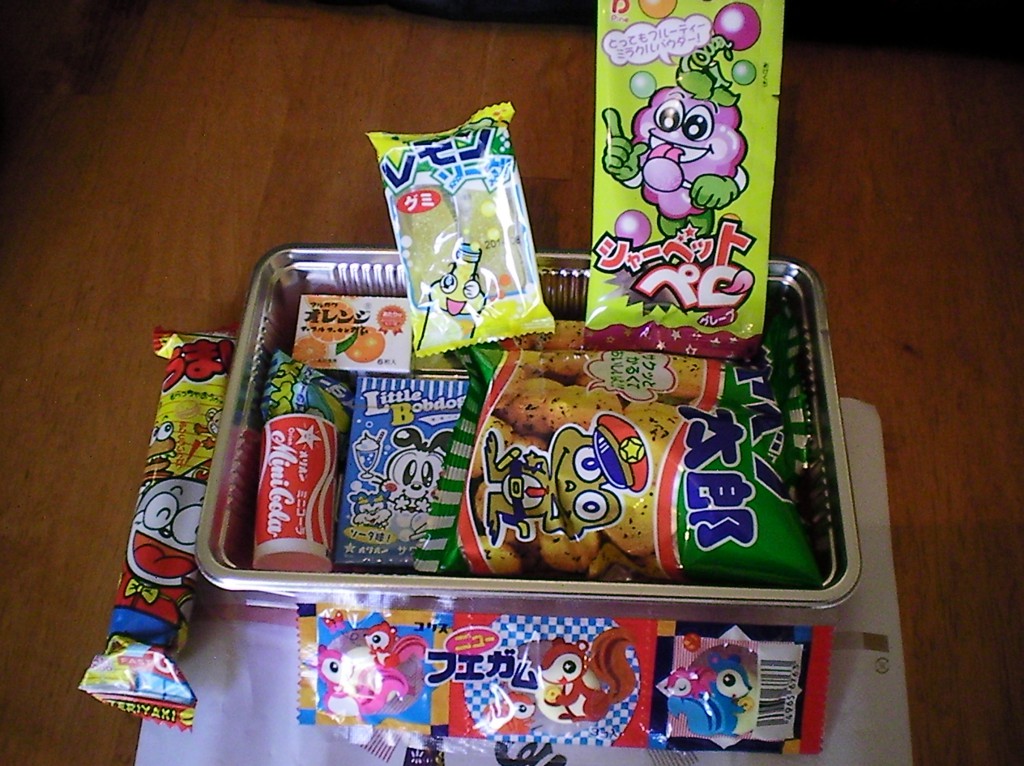 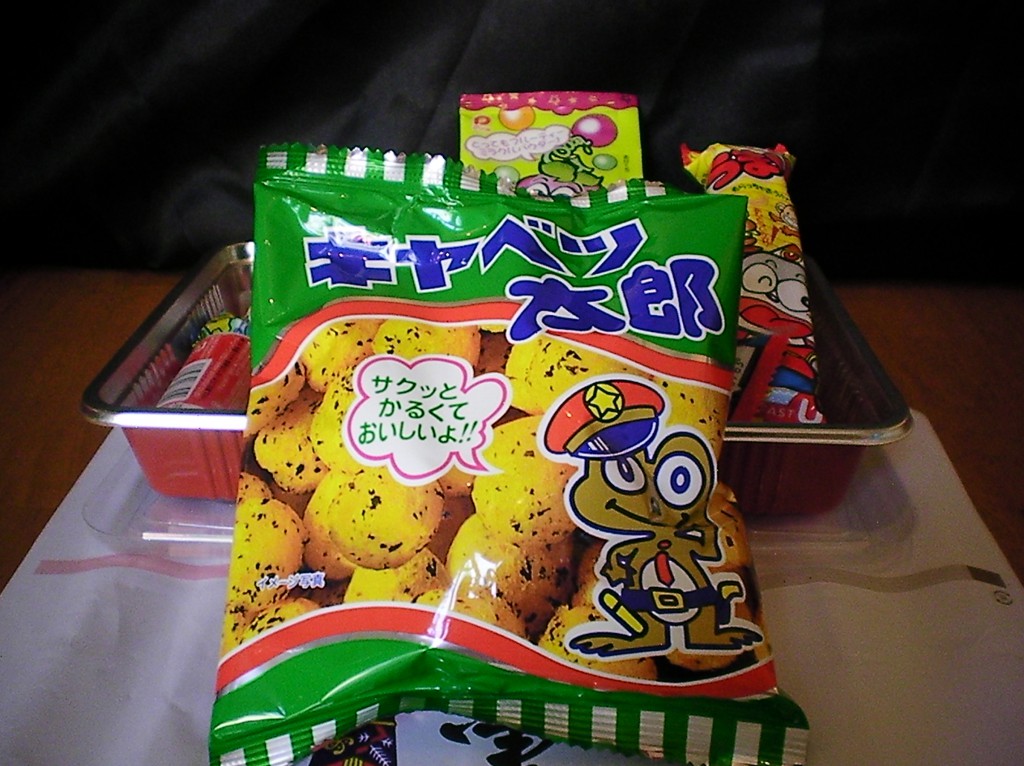 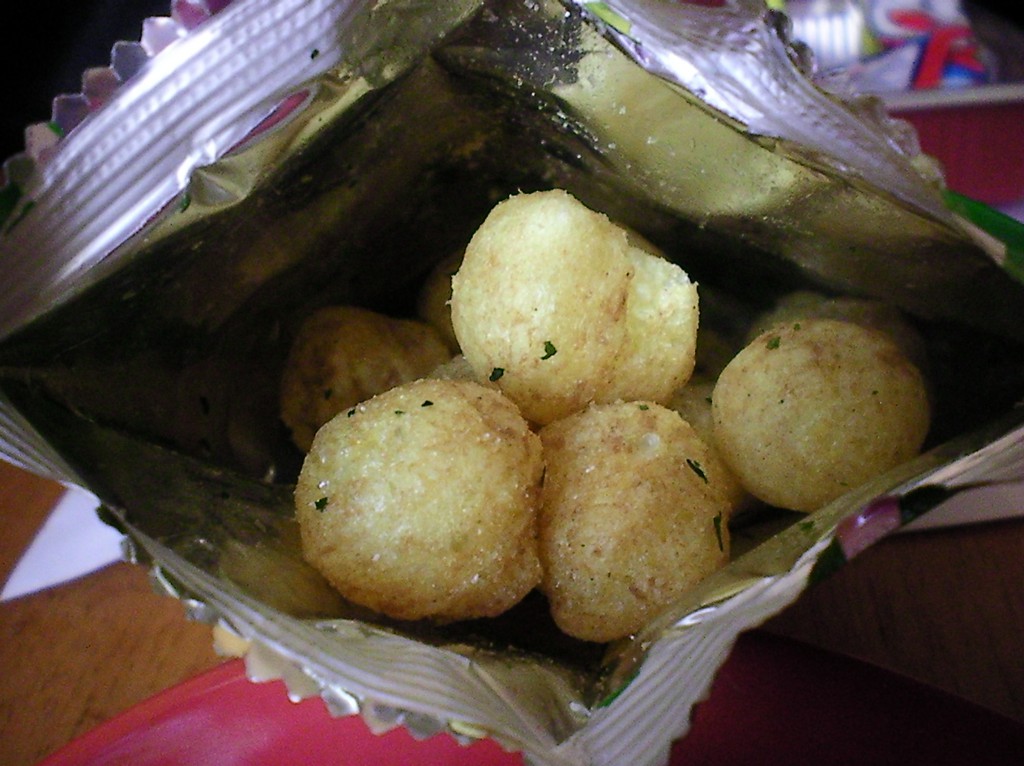 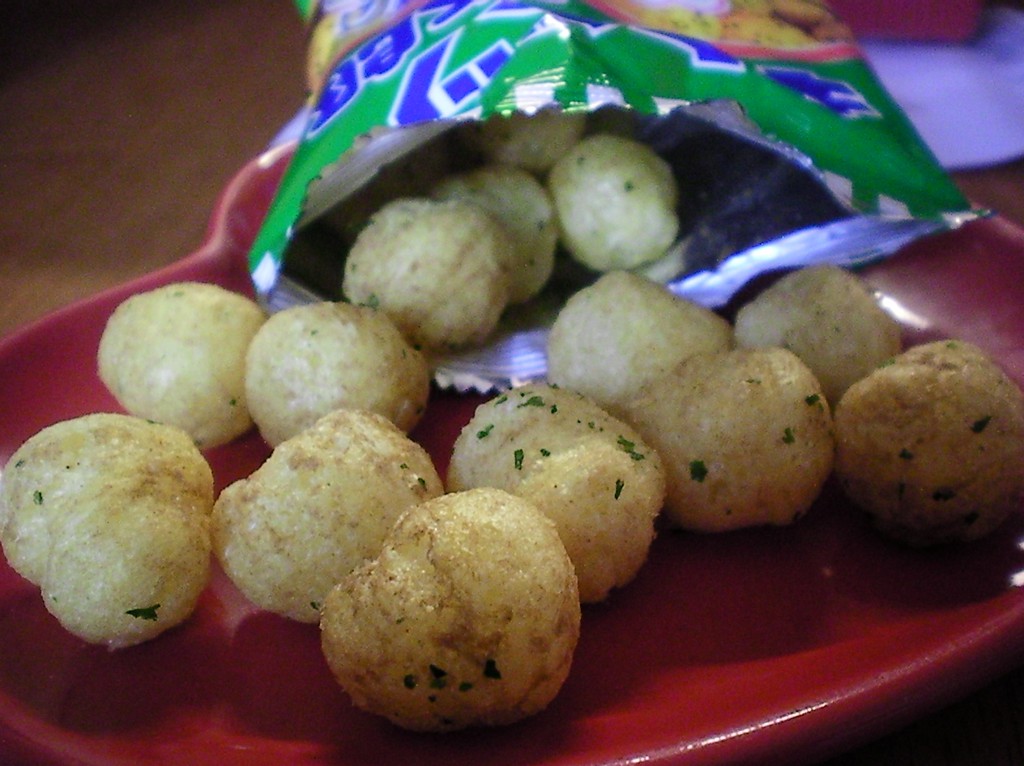 Here we have Kyabetsu Tarou (cabbage Tarou) – small balls of corn which are flavoured with small pieces of nori and Japanese brown sauce.  As the frog wearing a policeman’s hat says: dry/salty and light (weightless), it’s delicious! Despite its name, the cabbage Tarou doesn’t contain any cabbage.

If I had a dagashi store near me, I would buy a packet of these every time I saw one. They’re the ideal snack for a picnic, or even a quick bite if you’re feeling peckish. 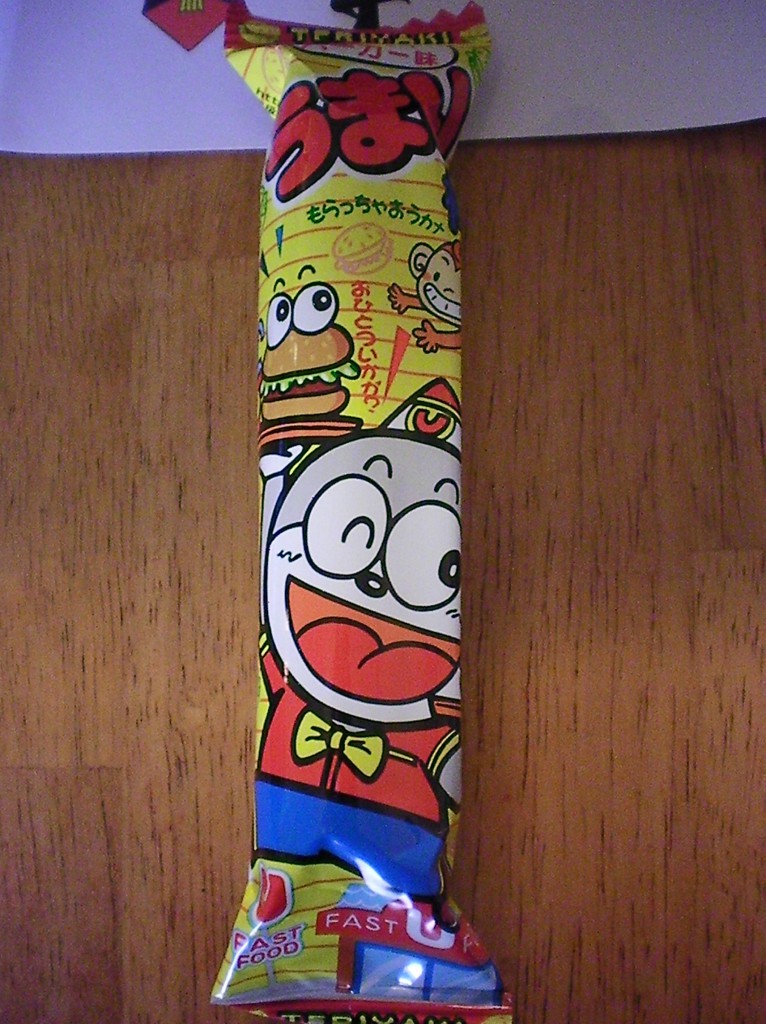 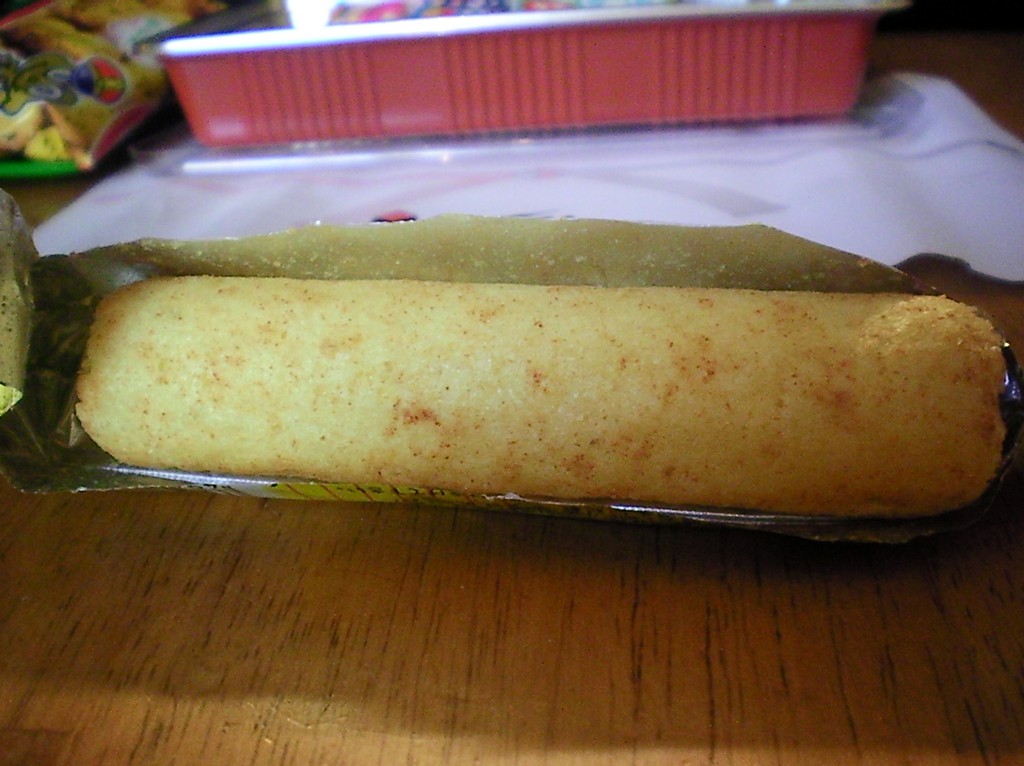 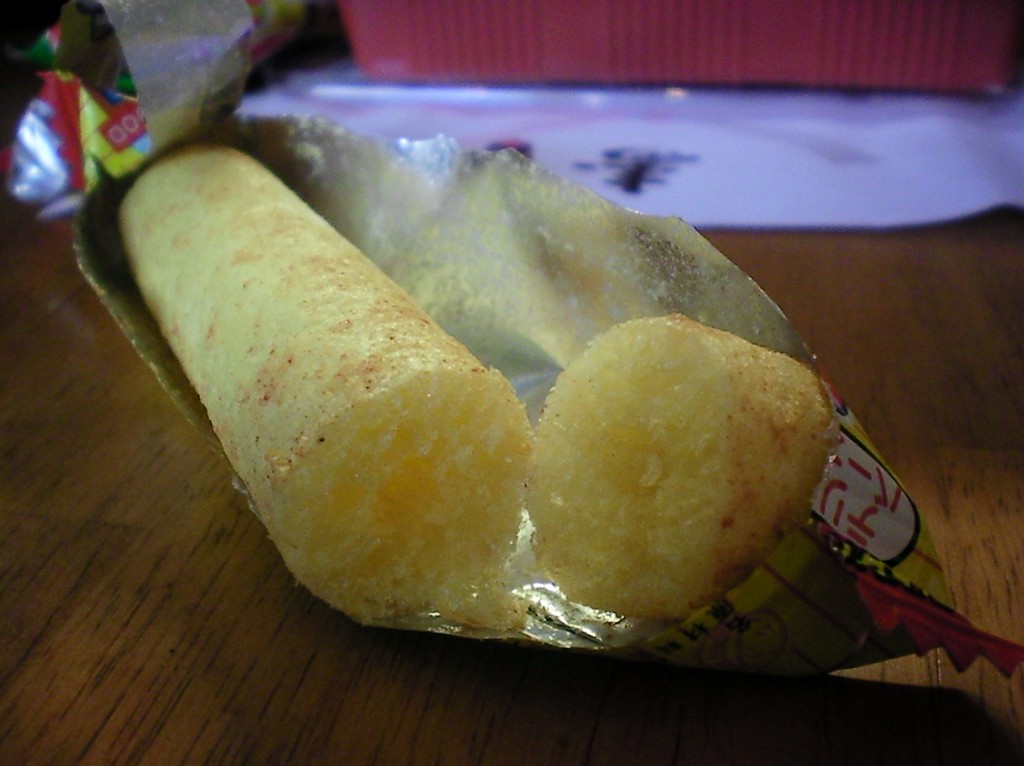 The art of the chibi mascot style looks a lot like Doraemon. Just like the cabbage Tarou, this is a corn based snack. It has the taste of a beef burger with a hint of teriyaki.

The teriyaki flavour is quite light so it may take another bite or two to notice it. It’s much more compact than the cabbage Tarou. 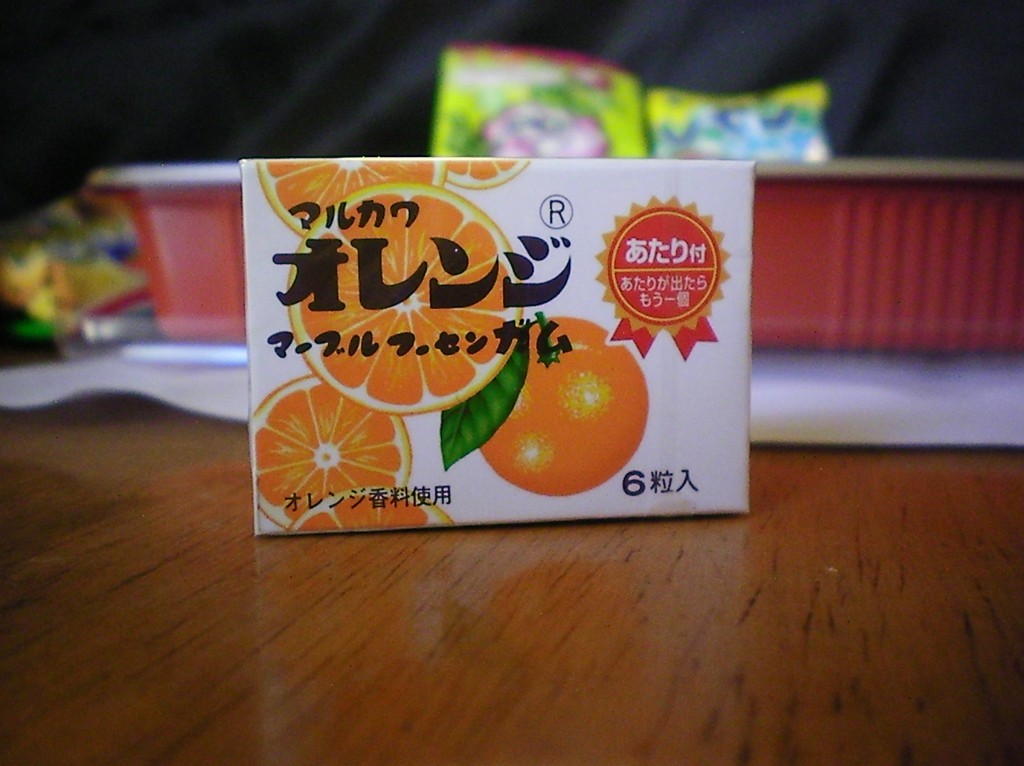 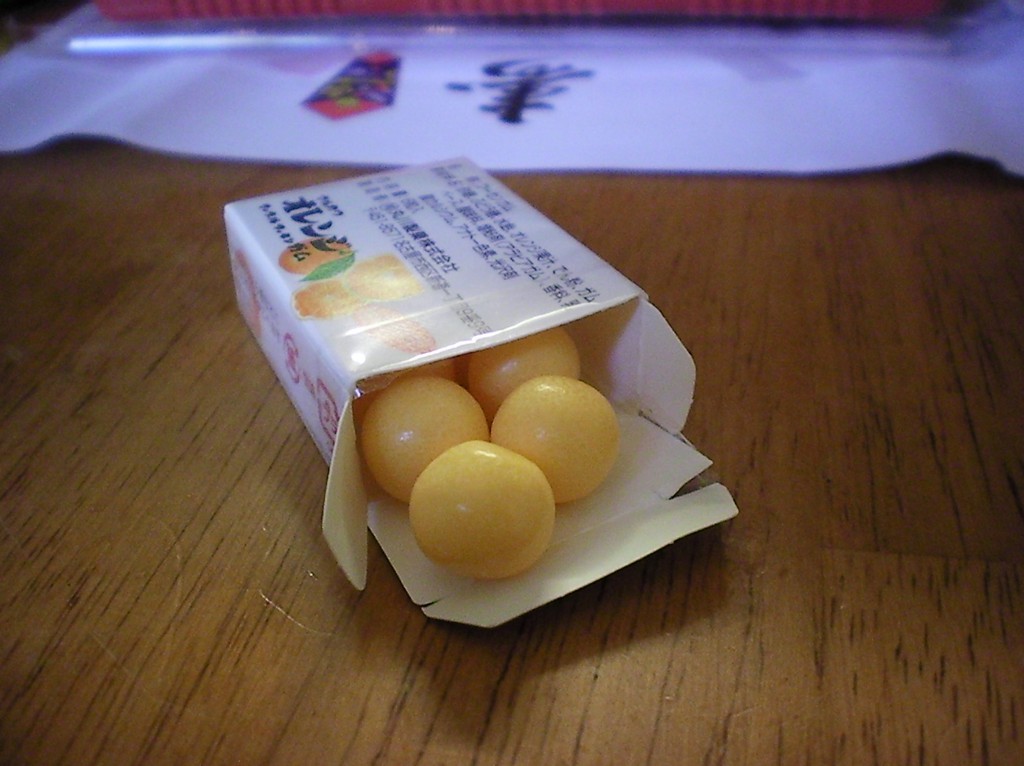 These are tiny little balls of gum which look like puny oranges.

You are greeted by a delicious explosion of orange citrus flavour when you chew down. It’s such a shame that only 6 of these come in the pack. 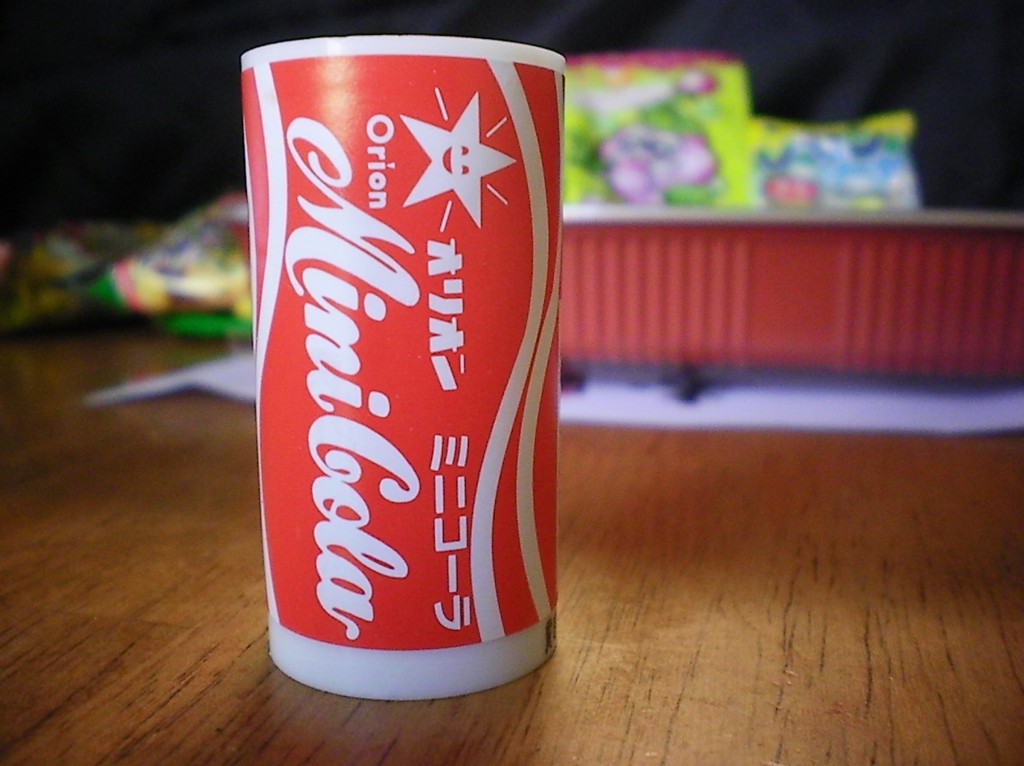 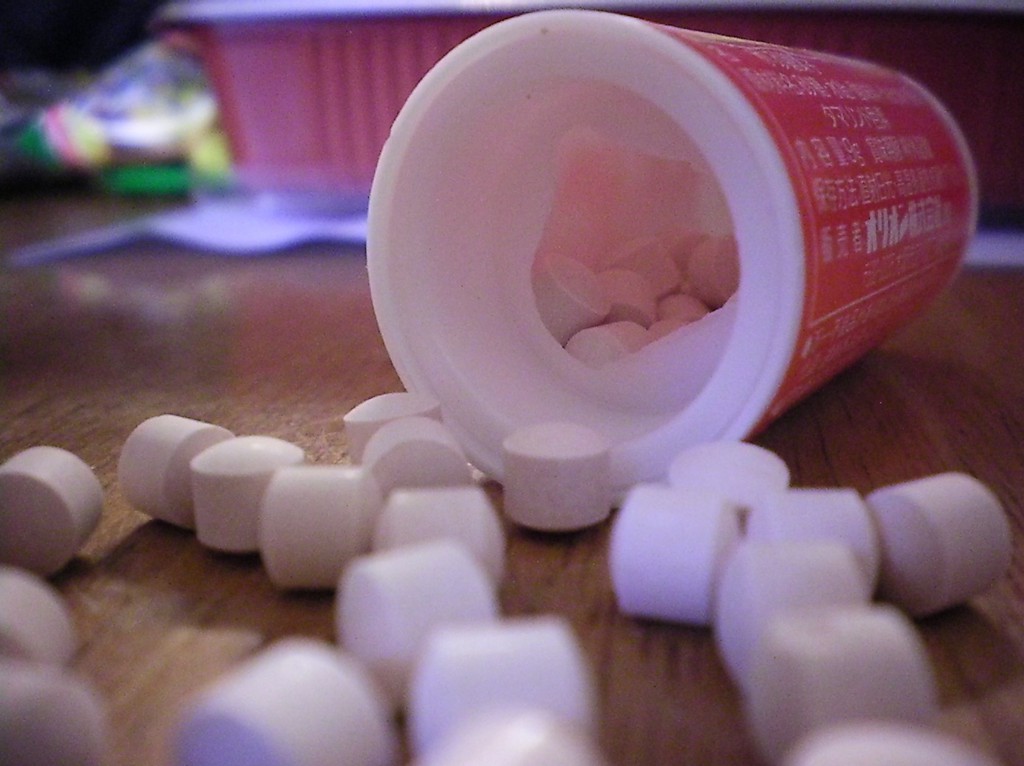 These are tiny cola-flavoured candies which look like tablets. They taste almost exactly like the cola bottle candies you can get, but the flavour is much stronger.

The texture on these are great; they split into fragments when chomped on. If you like pez candy, get these. 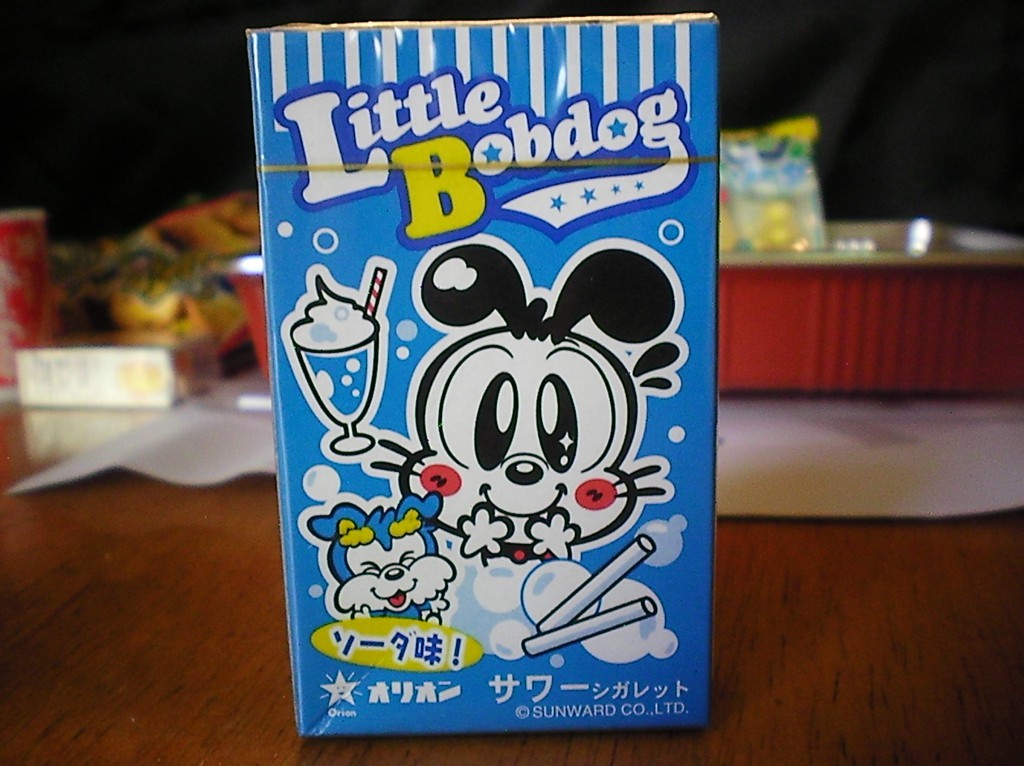 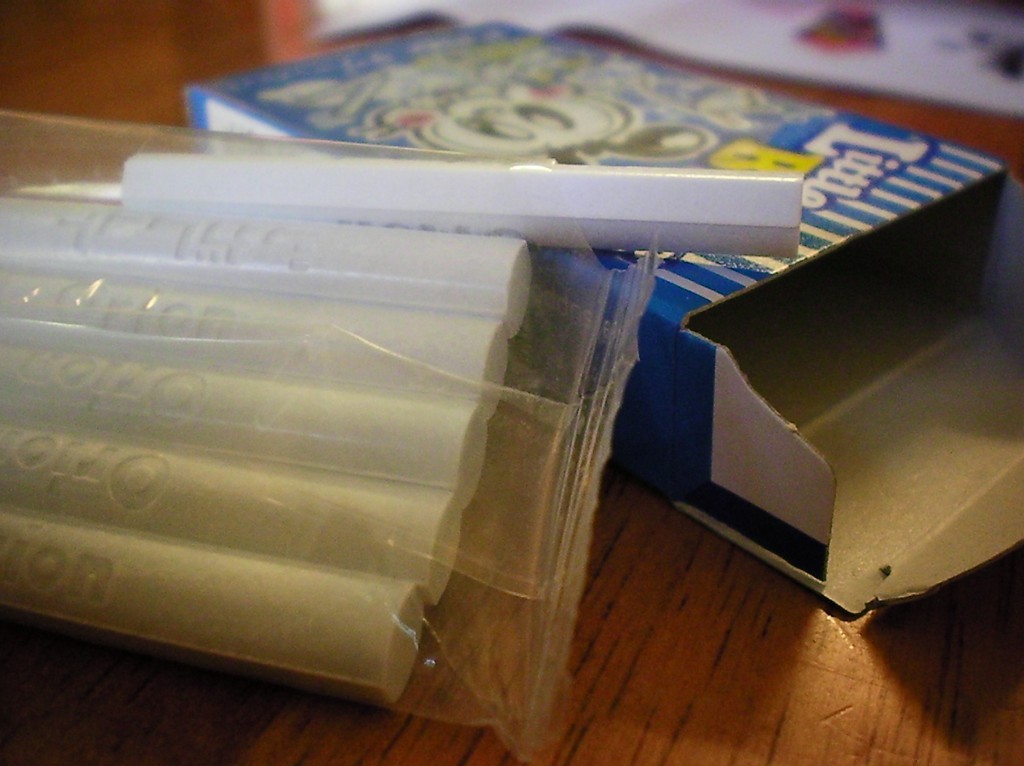 You’ve all heard of ramune, right? The refreshing, fizzy and fun Ramune Soda. You know, the bottled soda that has a marble in it? 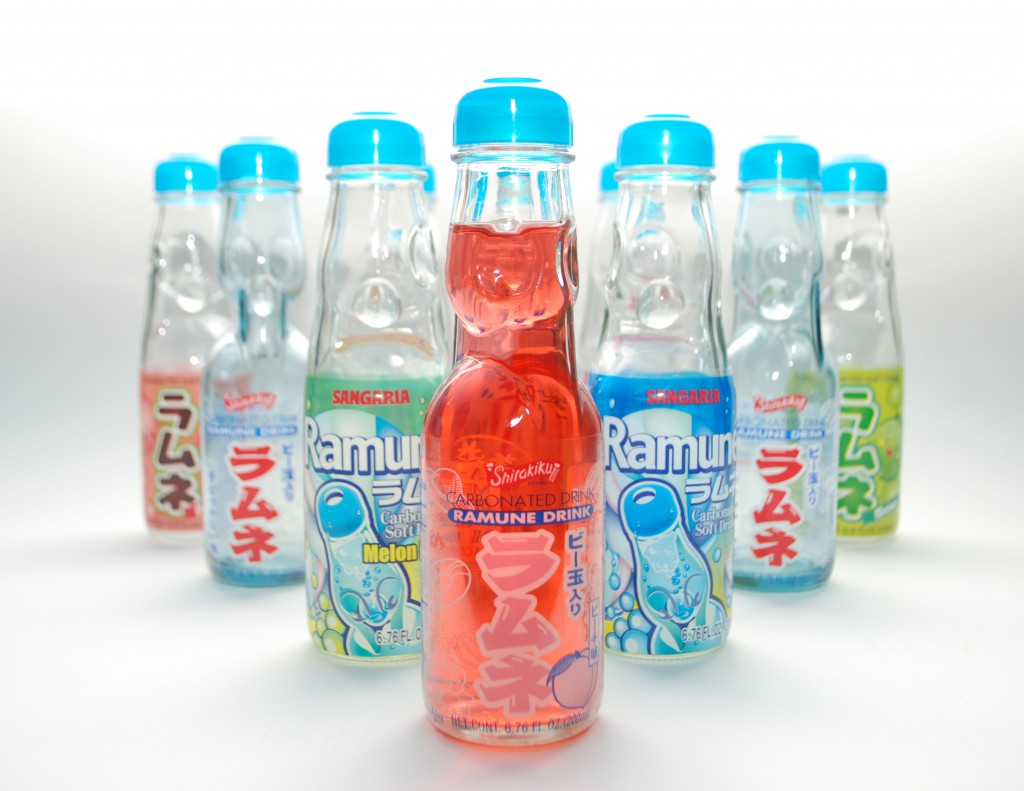 Well, now you know (you should try out ramune drinks, they’re really refreshing and come in a wide variety of flavours).

They are highly condensed sherbet in the form of cigarettes. They’re quite fruity and have a nice bubbly taste. Everyone who tried these enjoyed them and referenced the ones we used to get as kids. 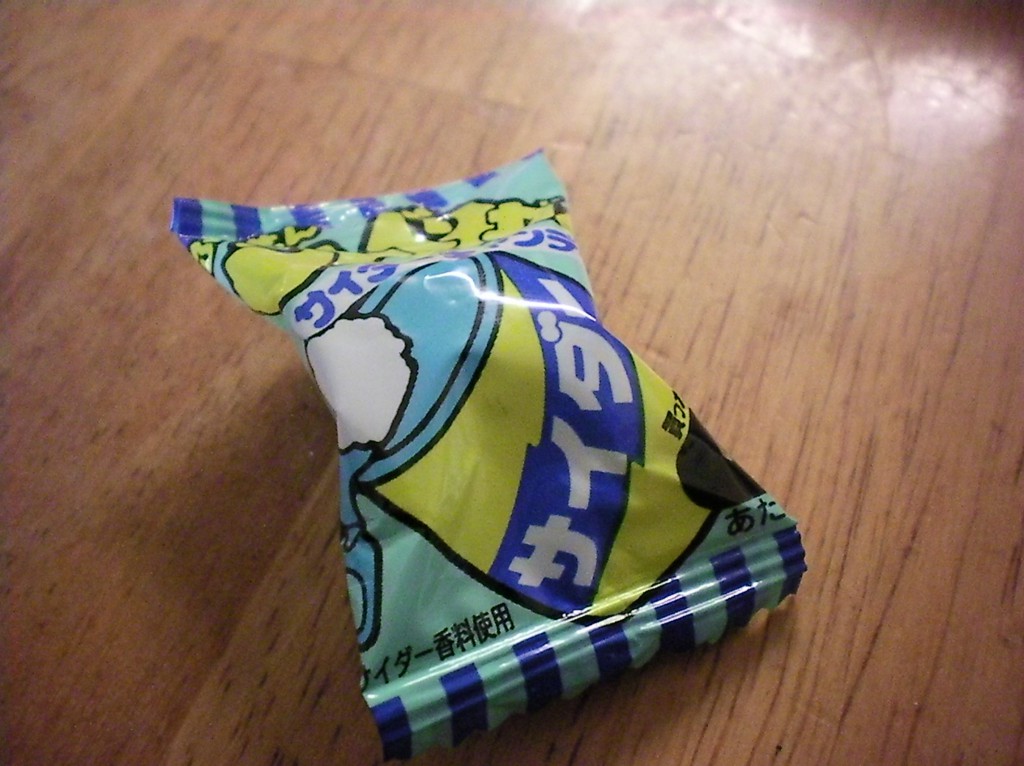 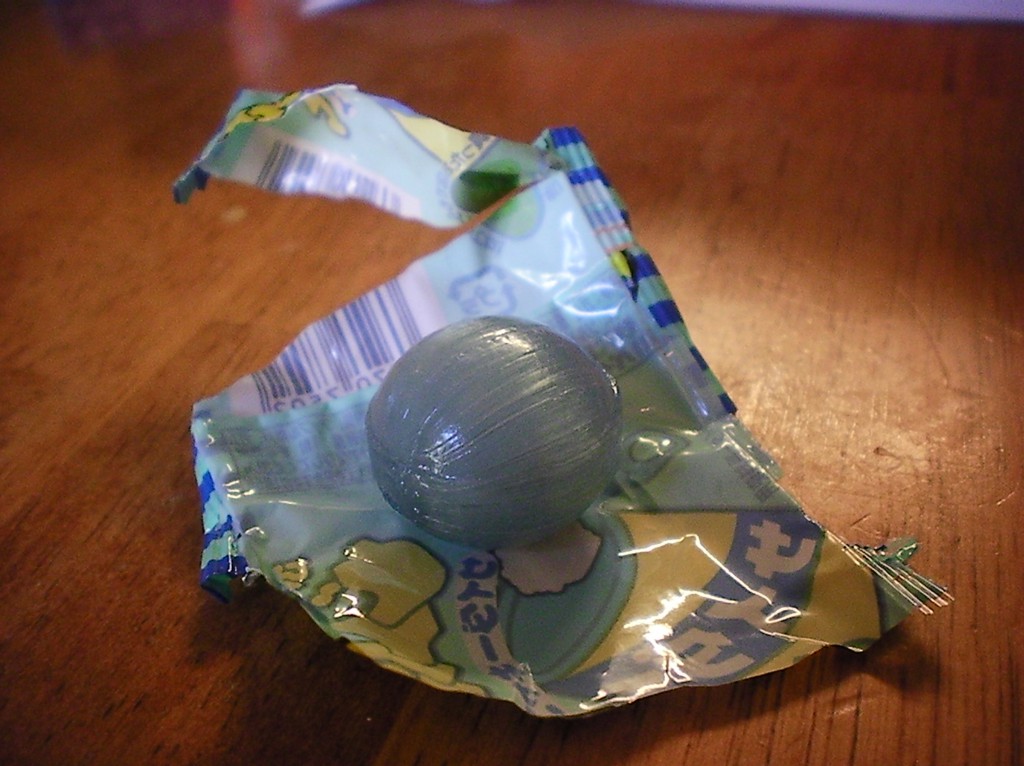 This piece of candy highly resembles the marble you see in a ramune bottle. I remember my first ramune soda; it was so weird to press down on a marble to be able to open your drink – it’s actually quite refreshing compared to the normal cap/can opening process.

This little ramune candy marble has a soft coat which is easy to bite through. The sweet taste coats your whole mouth instantly, and in the middle you are greeted by a soda-flavoured bubblegum. 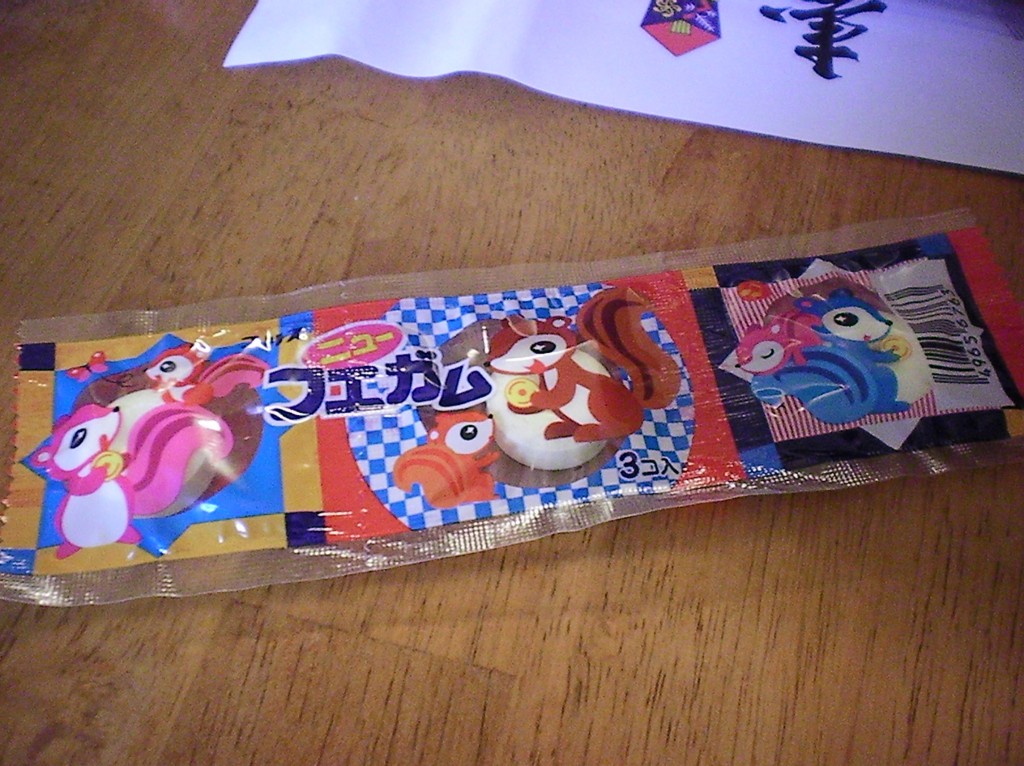 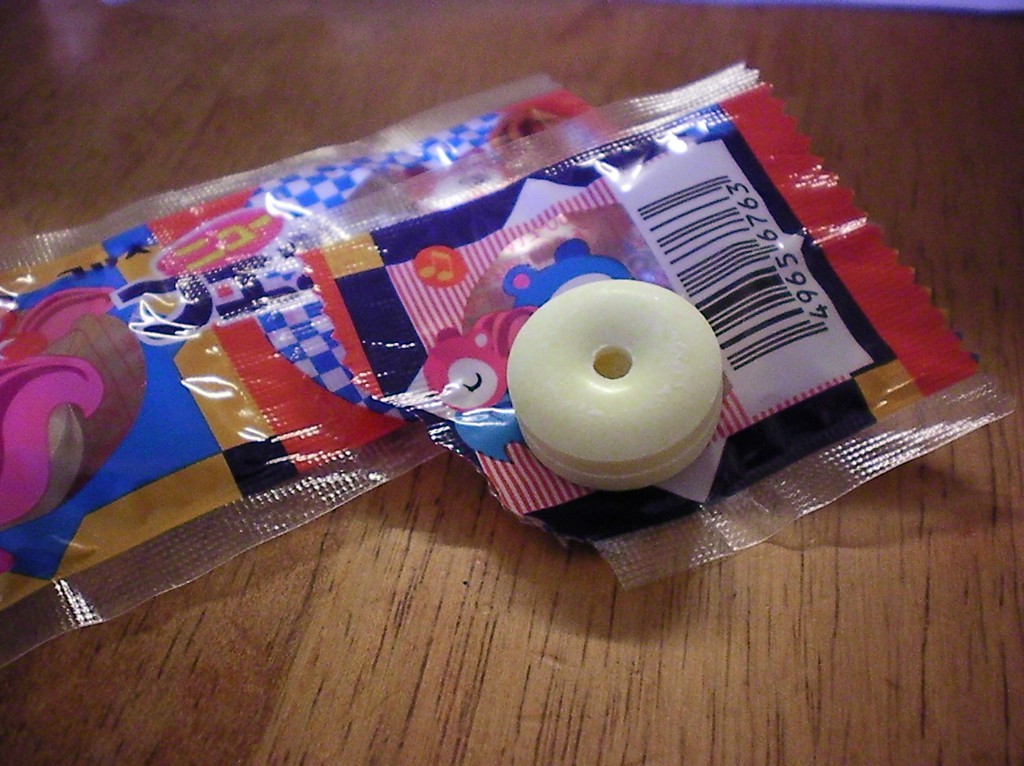 I was actually astounded by these. They look like they’ll have a hard and sherbet like texture, but they don’t – they are very soft and fragile. The taste reminds me of the cheap shrimp candies you can get for a few pennies each.

They smell like bubblegum but they are far from it. The gum dissolves after a few minutes of chewing. I would like to try these again because I haven’t seen shrimp candies sold anywhere for a few years now. 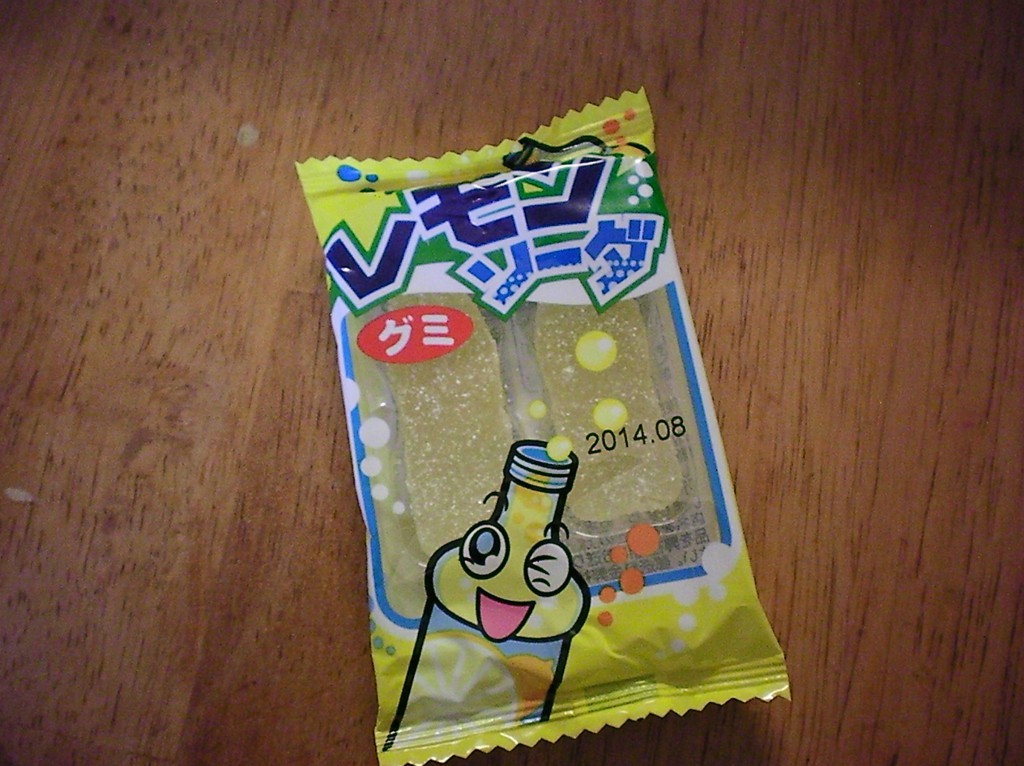 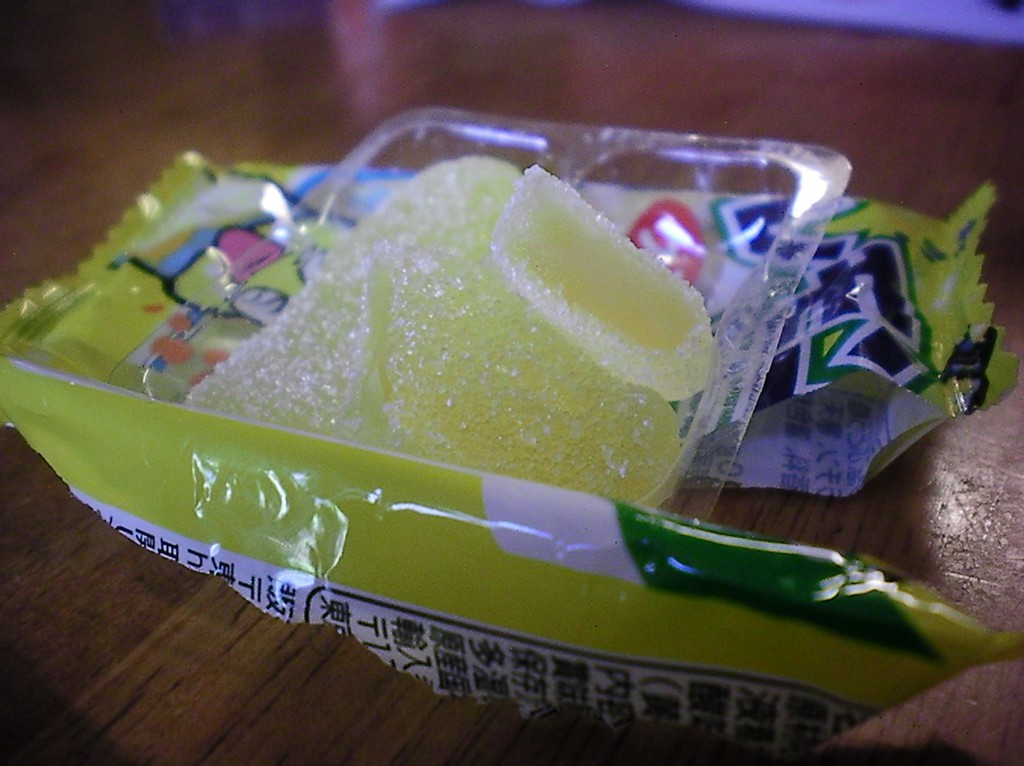 To my surprise, these are not sour! I was dreading these since I don’t like sour candies.

These have a delightful scent of lemon citrus and taste just like a lemon but in a candy-coated jelly form. 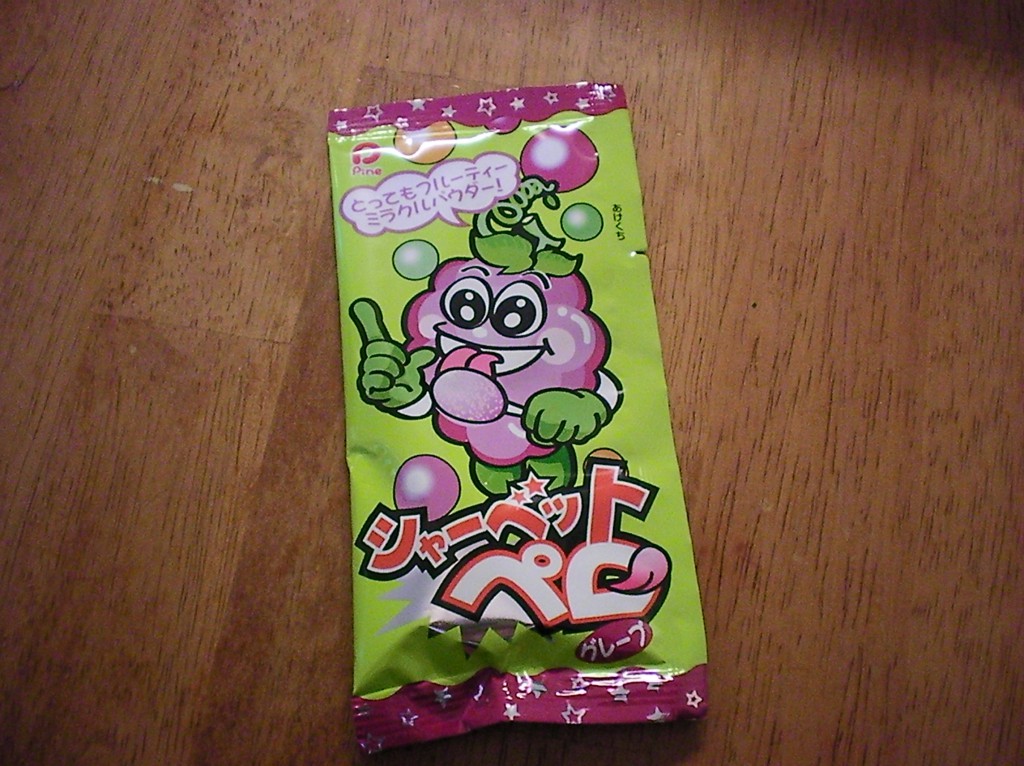 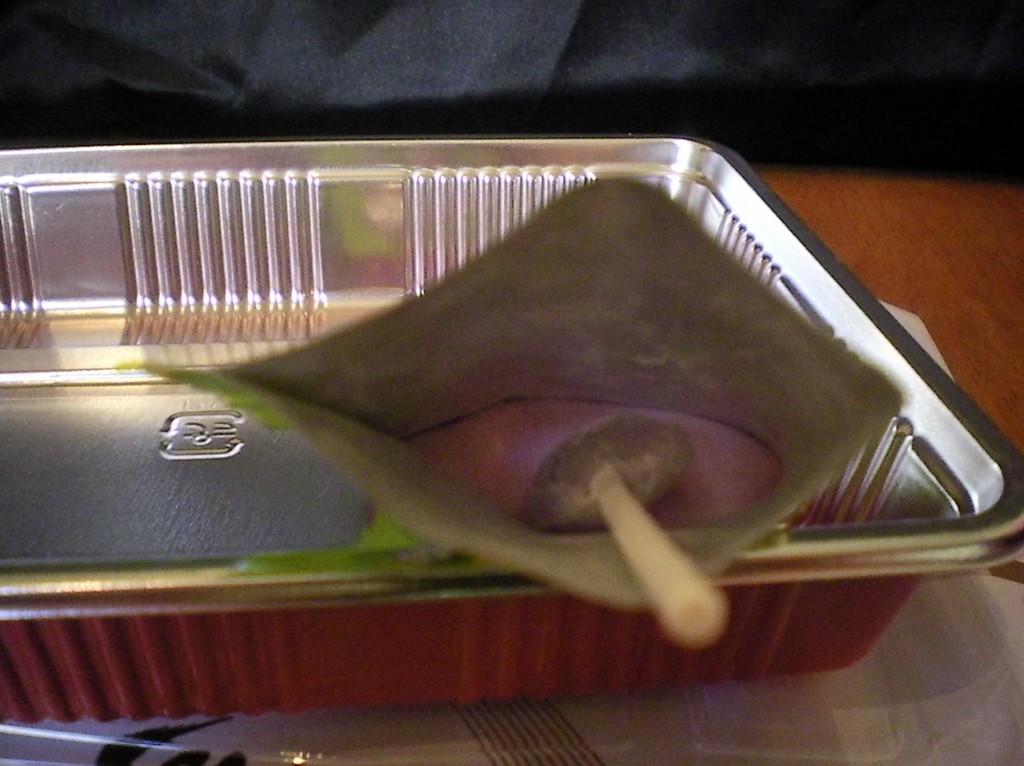 If you’re a fan of Fun Dip sweets, you’ll love this one.

The grape-flavoured Ice Cream Popsicle is complemented perfectly by the miraculous grape dust. They give you a decent amount, too, so you aren’t left with the popsicle and no dust.

If I am to ever go to Japan, I will make sure to visit a dagashi store. My favorite from the Dagashi Bento Pack would have to be a tie between the cabbage Tarou and the ice cream popsicle.

If you were given the choice to try one, which would it be?