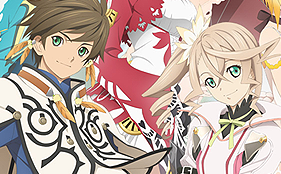 It’s only been less than a month since Tales of Zestiria was released on PlayStation 3, PlayStation 4, and PC on October 20th. Additionally, it wasn’t too long ago that Bandai Namco made a statement in regards to what PC enthusiasts could do to enhance their succulent JRPG experience such as 4K support, a wider draw distance, and scaling the anti-aliasing to add even more detail.

Needless to say, it’d take a beast of a desktop to handle 4K resolutions which caused hardcore PC gamers to become baffled that the game wouldn’t support 60fps. According to Bandai Namco, they decided to lock the frame-rate due to how the increase in frames affected elements such as animations and the flow of battles. It’s understandable for Bandai Namco to be worried when Koei Tecmo’s PC release of Toukiden Kiwami was flagged with criticism after discovering that unlocking 60fps caused the game to double in speed. (Thanks, TotalBiscuit.)

Thanks to modder DrDaxxy, Bandai Namco might have to eat their words with a mod for Tales of Zestiria, allowing users to access a 60fps option without affecting battles or animations. Despite being in its very early stages, DrDaxxy posted a video to demonstrate what his hard work can truly show off and it looks stellar.

For more information, including an installation guide and patch notes, Kaldaien, who previously worked on the tweak tool for Batman: Arkham Asylum‘s PC release, has graciously provided an extensive log for you to peruse.