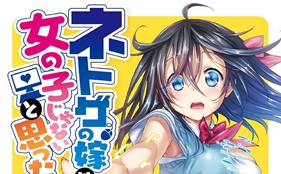 The event will take place at Akihabara UDX and BELLESALLE Akihabara on October 4, 2015. The admission is free.

*All times are in JST.

The light novel series was published on July 10, 2013 and currently has 7 volumes. The 8th volume will be shipped on August 8, 2015. The series also received a mangaadaptation published under ASCII Media Works’ Dengeki G’s Comic magazine since August 30, 2014. There is currently only one manga volume and it was released on March 7, 2015. Synopsis of Netgame no Yome wa Onnanoko ja Nai to Omotta? from MAL: