Bandai Namco Games Japan have released a brand new trailer for the PlayStation Vita title Digimon Cyber Sleuth. The trailer showcases new gameplay that looks very similar to Atlus’ Persona and Shin Megami Tensei series of games, with the character designs being drawn by Suzuhito Yasuda, who worked on the designs of Devil Survivor, Durarara!! and the creator of Yozakura Quartet. You can play as either a female or male protagonist in this dungeon crawler RPG, where you will be able to team up with various Digimon to defeat various enemies and bosses. You will also be able to travel around the city completing various tasks outside of dungeons.

The game is being developed by Media.Vision, who developed Valkyria Chronicles III, and will release on the PlayStation Vita early 2015. Don’t forget there is a petition for Bandai Namco to consider a localisation when it hits 50k signatures.

Here is a key visual of the game featuring the two playable characters: 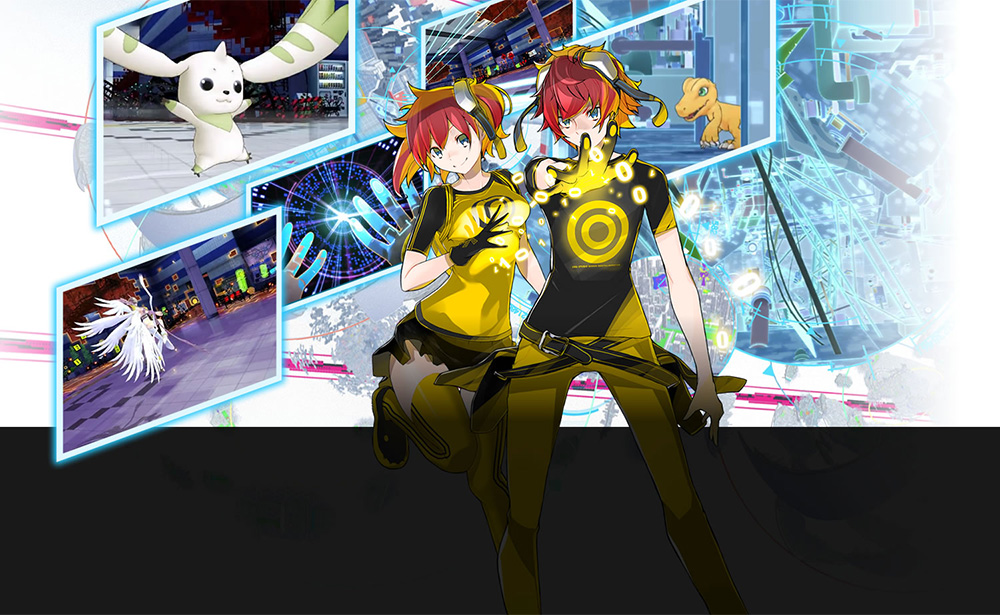 You can visit the game’s official website here: http://digimonstory-cs.bngames.net/