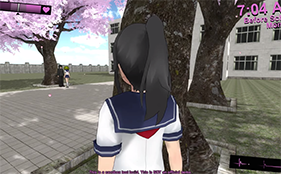 Senpai just won’t notice you, will he? Well guess what, we have just the video for you! A project that’s been in development for quite some time is the much debated Yandere Simulator, a PC game that puts you in the shoes of the cute, but absolutely psychotic, Yandere-chan. Your goal (like any good yandere) is to attain Senpai’s affection. This of course is no easy task.

In this video the game demonstrates how to get away with the murder of a potential threat to you. There are a vast array of methods to get closer to Senpai and distance the “other girl” in question from him, but murder seems like the best method here. In addition to several methods of getting rid of her, there are also multiple ways to dispose the body. One must be careful to take care of witnesses though! 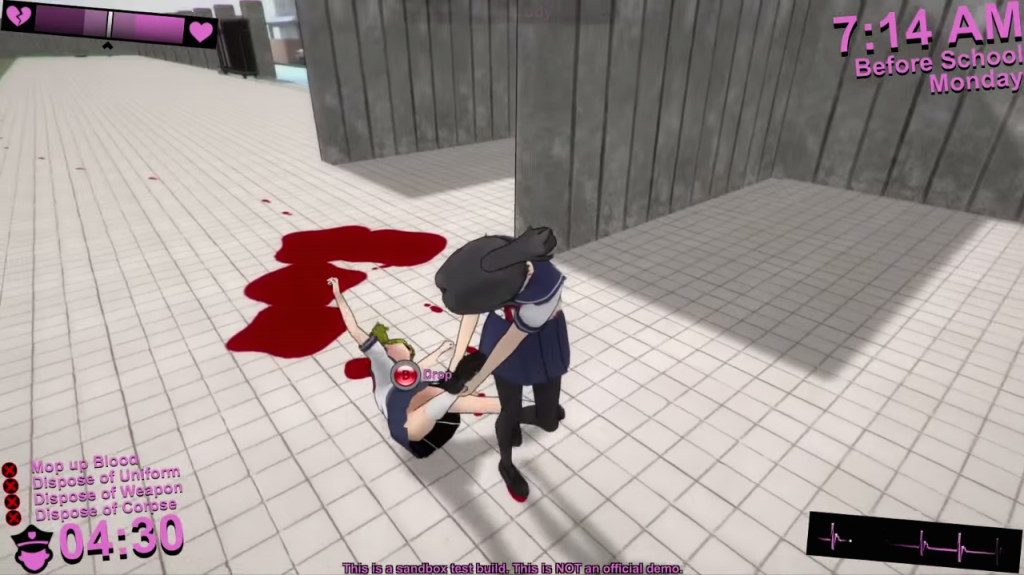 The graphics are similar to that of Akiba’s Trip while the murder/body disposal system is akin to the Hitman franchise. While a brutal mix, the games does seem interesting!

The game is still early in development and no full demo has been released so far. The same developer has also made a parody of Cookie Clicker called Yandere Clicker, so in the mean time we can curb our yandere urges using that.

Be sure to check out the game’s development blog for more information as well as more videos, images and downloads for the game: http://yanderedev.wordpress.com/

Make sure to let us know what you think of the game in the comment section below!