Centorea Shianus, Miia, and Rachnera Arachnera from the anime adaptation of Takemaru Inui’s manga series Monster Musume no Iru Nichijou (Everyday That There Is a Monster Girl) has been featured as a poster in the December 2015 issue of NyanType. You can purchase this issue of NyanType magazine here and view the other posters that came in this issue here. 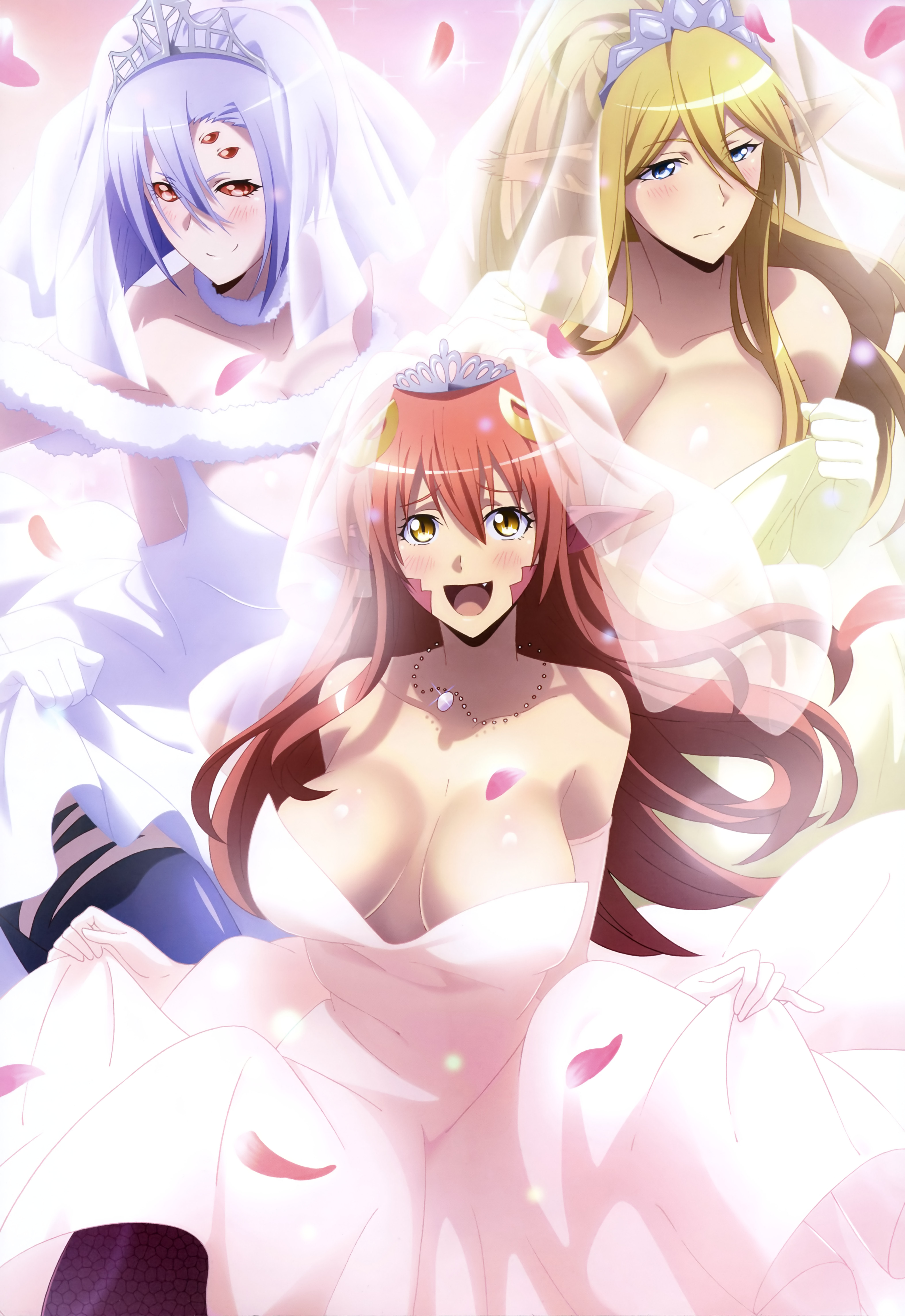 Doppel, Manako, Tionishia, and Zombina from the Monster of a Neuro group have also been featured as a poster in the November 2015 issue of NyanType. You can purchase this issue of NyanType magazine here and you can view the other posters that come in this issue here.

The girls from the series were recently revealed in the August issue of popular Japanese magazine NyanType.

Recently a new visual featuring Cerea was featured in Megami.

Another visual was also revealed in the June issue of Megami. The new visual features Miia, waking up and ready to start the day.