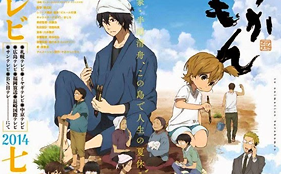 Several simulcasts of the Summer 2014 anime lineup have called for a delay, meaning that their latest episode have not aired during the past week.

Episodes should resume next week and return to their regular airing schedule, now would be a great opportunity to catch up on episodes you might have missed! If you want to know what dates the episodes will air, check out the release calendar which can be found here.