With the New Year upon us and Nekopara Vol.1 recently launching on Steam, the official website has released a New Year themed wallpaper illustration featuring Coconut. This illustration was the most popular voted for one on Pixiv. 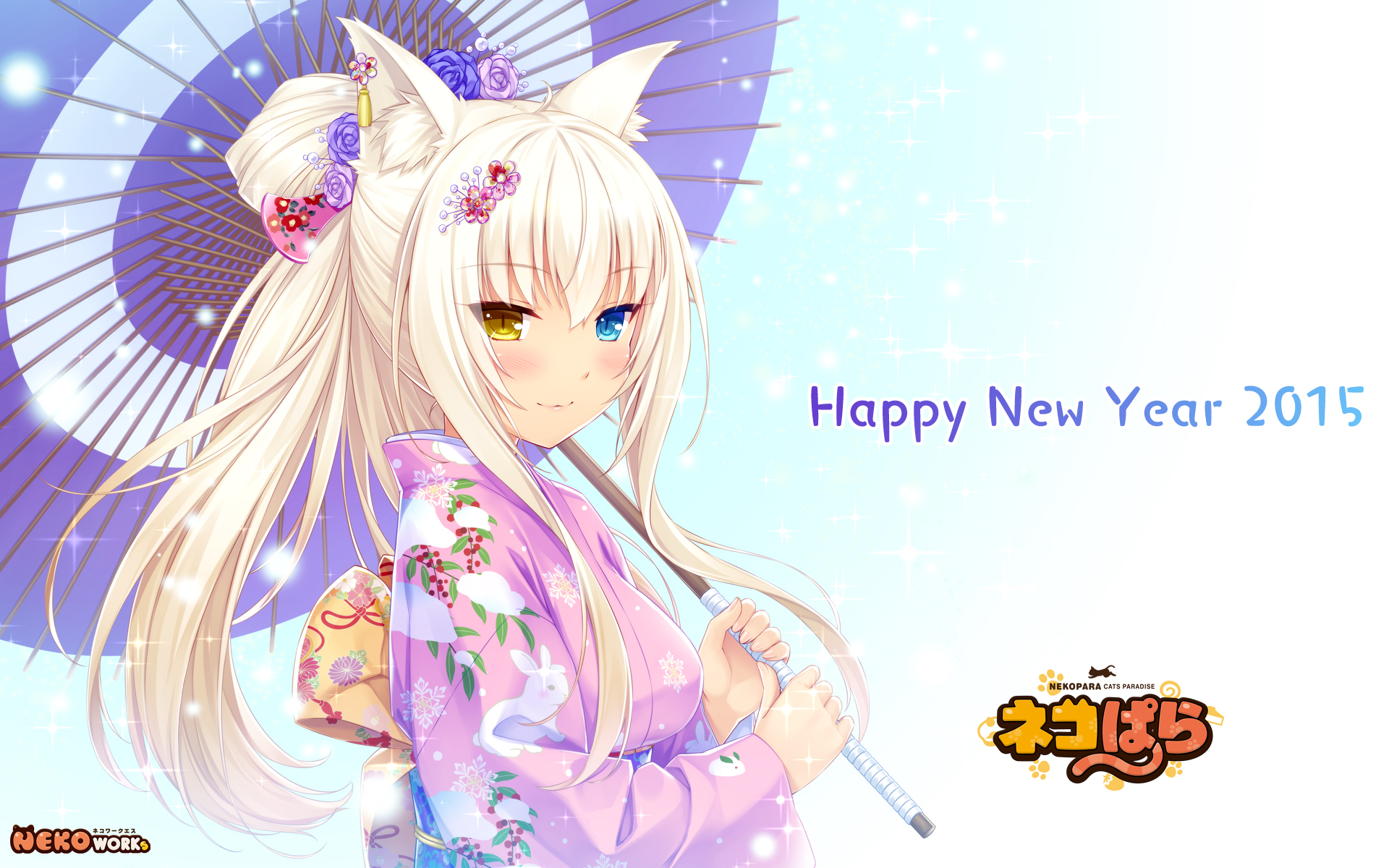 North American publisher Sekai Project added the all-ages Nekopara Vol.1 visual novel for purchase on Steam’s store on December 29, 2014. The game was added to Steam’s Greenlight back in November but due to the huge demand, it passed with flying colors and Sekai Project made the game available on Steam.

If you want to know more about the game, here’s Vanilla’s and Chocola’s introduction video:

Here’s a synopsis of the game from steam:

Kashou Minaduki, the son of a long line of Japanese confection makers moved out to open his own shop “La Soleil” as a patisserie.

But upon moving out, hidden amongst his things were two of the catgirls, Chocola and Vanilla, that the family had been raising. When he tried to send them back, they begged and pleaded until he gave in and now they’ve opened La Soleil together.

With two catgirls who really, REALLY love their master trying their very best and occasionally failing — a heartful comedy opens for business!

See the Sayori NEKO WORKs’ mascots Chocola and Vanilla like never before, moving, and in full voice on screen. And now with the E-mote System, the characters smoothly move on screen changing expression and poses in countless ways.