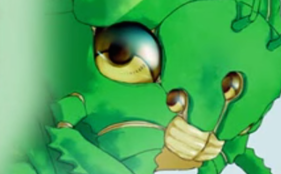 On January 31st, 2015, Sekai Project announced three new visual novel localizations to be released in the near future during their AOD 2015 panel session. Sekai Project is an independent group that aims to help creators achieve more publicity and success for their products through localization and translation. Their new projects, Hitomebore & Kokonoe Kokoro, were announced to be licensed, and the already in the works Ame no Marginal was announced to be released in 2015.

Hitomebore is an all ages love story developed by FreakilyCharming. It tells the story of a girl named Sachi Usui who happens to be a cyclops covered in wounds and a boy who is entranced by her. Sachi lives and wants to live as a loner, but the boy wants to be a part of her life as well. The visual novel is meant to take from 2 to 10 hours to play and was first released in 2014 and Comitia 107. Sekai Project plans to release Hitomebore for Windows, Mac, and Linux.

Kokonoe Kokoro is an all ages love story developed by nostalgia. It tells the story of a young man and his childhood friend who happens to be a grasshopper girl. Not only that, his sister is a bat girl and he goes to school with a delinquent who looks to be skeletal demon and a teacher who is a horrifying meat amalgamation man. nostalgia first released Kokonoe Kokoro in 2013 for Windows. Sekai Project plans to localize the visual novel for Windows, Mac, and Linux.

Ame no Marginal is a more serious visual novel developed by the acclaimed creator of Narcissu, Kataoka Tomo. Sekai Project has announced that the novel will be available on Steam by mid to late 2015 for Windows, Mac, and Linux. It is also available for preorder on their website for $9.99.

A serious visual novel telling the story of a man who steps into an elevator, only to find himself transported to a strange and mysterious world.

In this world, there is no time, no aging, no hunger, not even death. There is nothing to be seen but weathered stone, white clouds, and endless rain.

The only other person there, Rin, tells him to get out.

Just what story is behind someone who has lived alone in this place for untold years, decades, even centuries…

Will a day come when the rain finally ends? More information about the novels will be released in the near future.