A brand new trailer has released for Shingeki no Kyojin: Hangeki no Tsubasa Chain from the 2014 Tokyo Game Show. The game is an updated release of Shingeki no Kyojin: Hangeki no Tsubasa Chain, which released on the Nintendo 3DS in December last year. The trailer showcases all the new content in the game, such as the new missions, online multiplayer and more playable characters stages and levels. The action adventure game is developed and published by Spike Chunsoft that follows the events of the anime, where you can play as the main characters of the series.

Shingeki no Kyojin: Hangeki no Tsubasa will be releasing on the Nintendo 3DS in Japan on December 4th. There has been no announcements for any localisation.

Here is the key visual of the game: 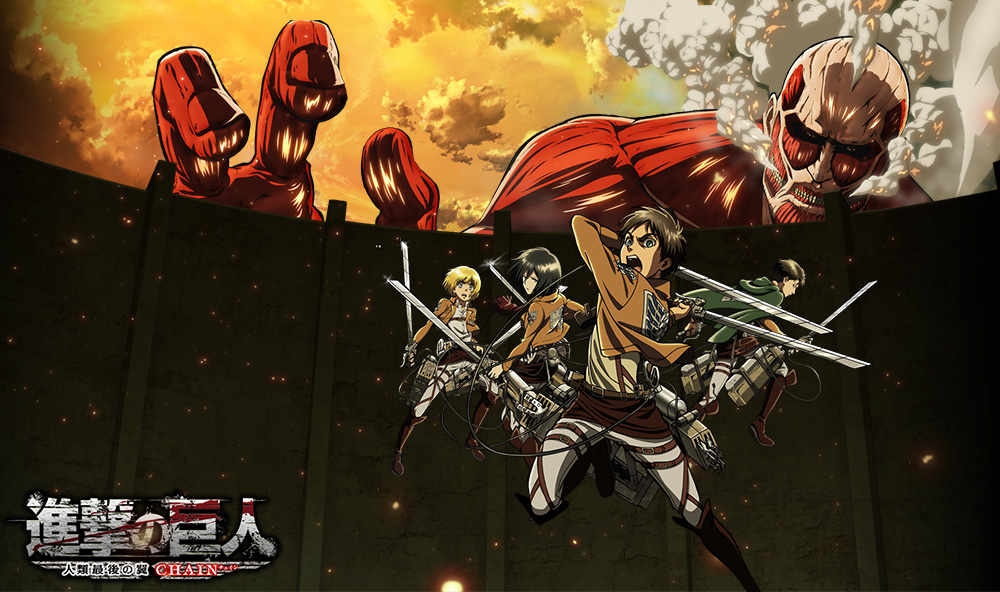