The official website of the anime adaptation of Yuuto Tsukuda and Shun Saeki’s Shokugeki no Souma (Food Wars: Shokugeki no Soma) manga has revealed that episode 15 will be delayed and a recap episode (episode 14.5)  will be broadcasted instead. Episode 15 will air next week in the same timeslot with a new opening theme “Rising Rainbow” by Misokkasu and a new ending theme “Sacchan no Sexy Curry” performed by Seiko Oomori. 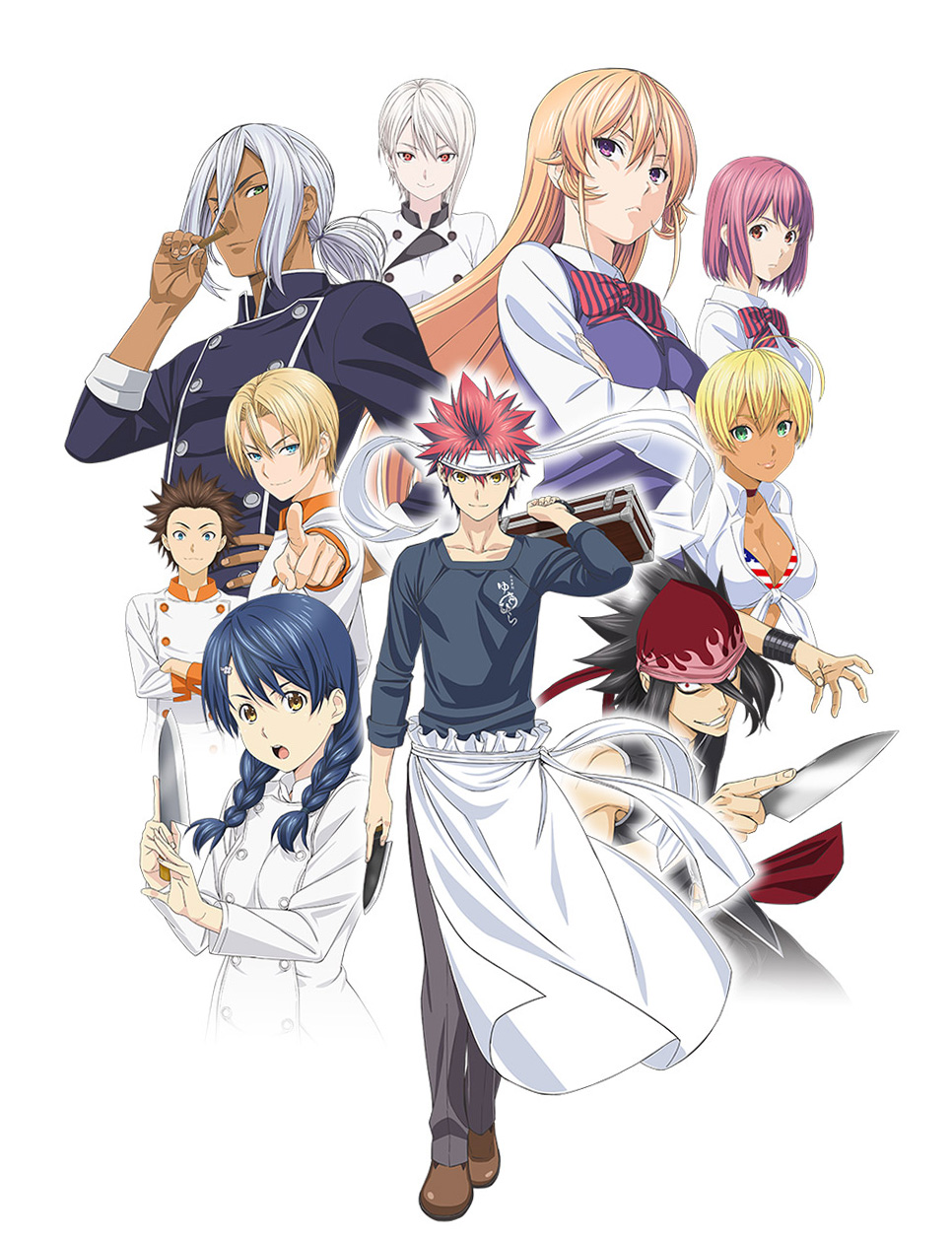 The preview video for the 15th episode was released at the end of the recap episode’s broadcast:

The current anime cast are as follows:

The staff members of the production crew are as follows: