The official twitter for Death Parade has revealed the third visual. The Death Parade anime will be airing from January 9 next year at 25:58 (effectively January 10, 1:58am) on NTV, followed by San TV and AT-X 1 in the following week, throughout the Winter 2014/2015 anime season. 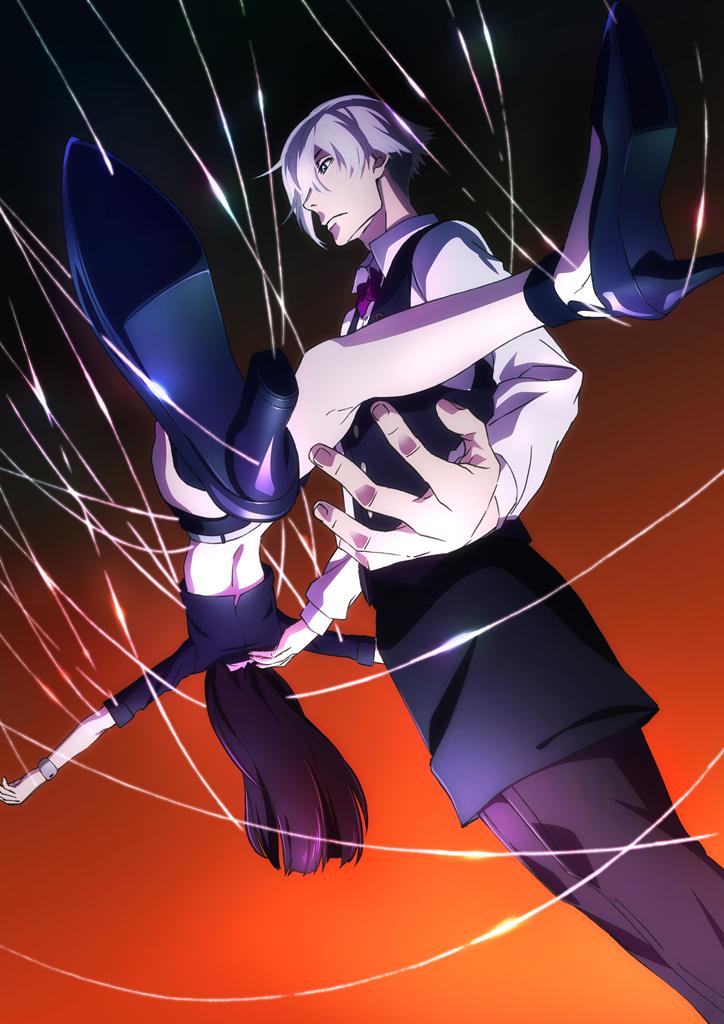 This second video was also revealed earlier and introduces the setting of the anime and previews the type of life threatening games that would have to be played. The staff of Death Billiards will return to produce the series, including director, scriptwriter and creator Yuzuru Tachikawa (Arata-naru Sekai, Chi’s Sweet Home: Atarashii Ouchi Assistant Director) and animation studio Madhouse (No Game No Life, Hunter x Hunter2011). Death Parade will star Tomoaki Maeno (Naotsugu from Log Horizon) as Decim and Asami Seto (Chihaya Ayase inChihayafuru) as Onna.

Here is the first promotional video that released earlier: 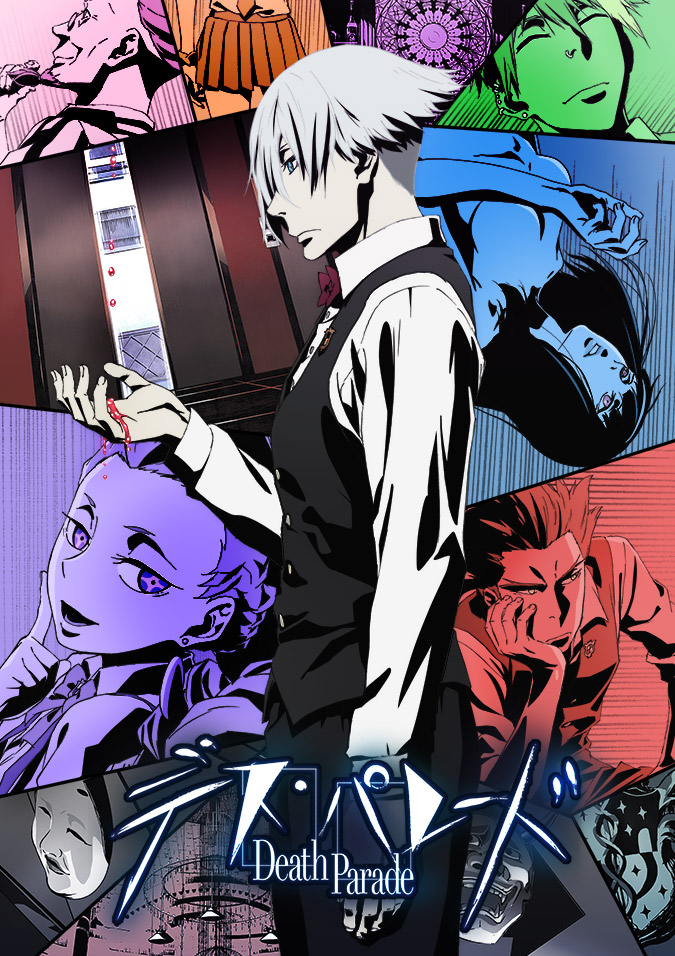 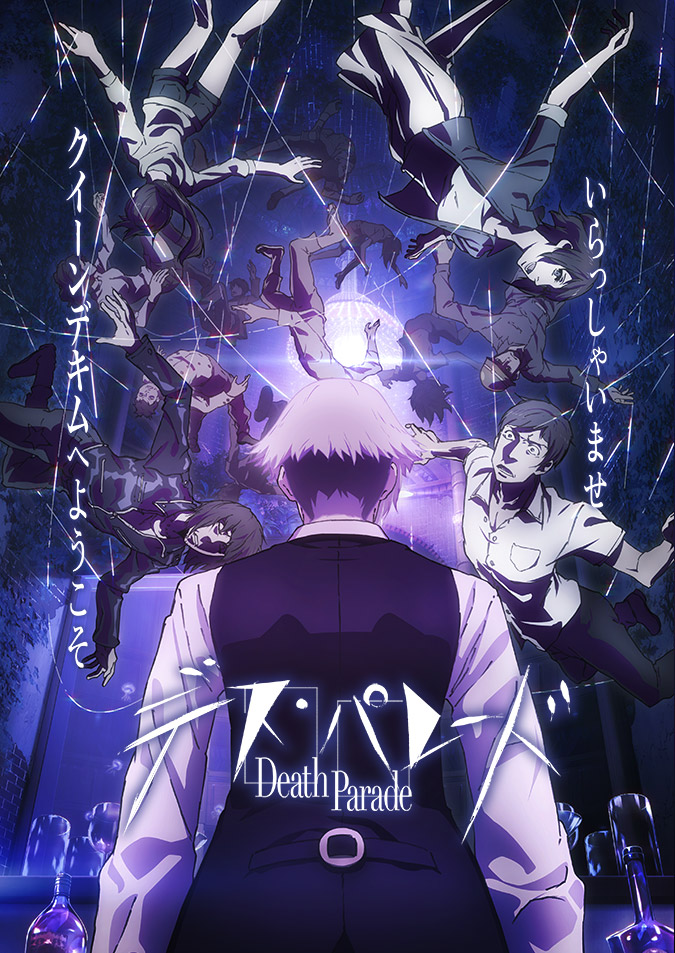