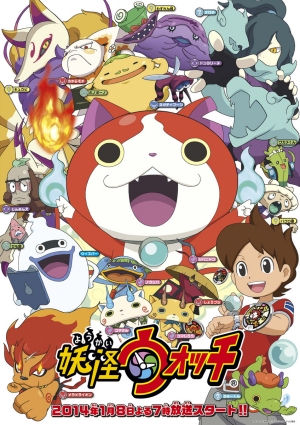 The extremely popular JRPG for Nintendo 3DS, Youkai Watch, has an extremely high possibility of making its way to the west next year. The president of the development company Level-5 (the developers behind Ni No Kuni), – Akihiro Hino, said “We are in development planning to release it sometime next year. We already have support from a foreign toy maker company saying that it will be a definite success.” While this is not a confirmation, it sure sounds like one. The game has sold millions in Japan, and its sequel broke the million units sales mark in just four days. Youkai Watch was initially released in July 2013 but, it didn’t see success until a few months later when the game’s popularity suddenly exploded. The game has spawned a manga, a currently airing anime that still remains popular, and a movie that will release later this year. The game has even been credited for increasing 3DS sales in Japan. A trademark was filed in the West at the beginning of the year, which is what put the game on the map for Western gamers.

Many comparisons have been made between Yokai Watch and Pokemon. A few people have called it as kind of the Pokemon of this generation. The gameplay is similar: a young boy (or girl) comes into possession of a watch that allows him to summon Yokai at will. Yokais are obtained through medals which the player collects throughout the game. The goal is to protect the town from evil Yokais.