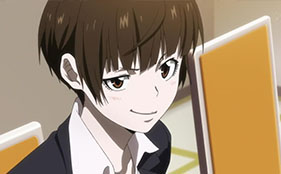 It has been revealed that the Psycho-Pass Movie has earned over 770 million yen (about 6.5 million US dollars) since debuting on January 9. This is an outstanding result for a R15+ rated anime movie. The movie received the rating by Eirin (Film Classification and Rating Committee) due to its strong violence scenes including murder and human body’s damage, it debuted 4th in its first weekend, earning an impressive 136,899,100 yen on 93,164 admissions.

To celebrate this amazing feat, Psycho-Pass RE:Start (new edit version) and Psycho-Pass 2 will be streamed for free on Nico Nico Douga on February 20 and 21 (JST). The program will also include a talk show between the chief director Katsuyuki Motohiro and director Naoyoshi Shiotani at Sanuki Film Festival.

The second promotional video for the movie was released last January:

While the first promotional video was released last November: