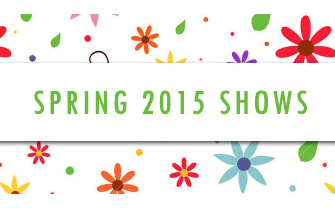 Most of us are anticipating the spring anime seasons, well, most of the exciting shows are aired during this season! It’s already Spring 2015, and we got a long road ahead! Of course, we like to share our thoughts about some shows we are going to pick-up this season. To help explore more information from the official anime staff and to the fans around the world, an anime hashtag could be a useful resource. Also, if you would not want to get spoiled from a certain show, muting a hashtag is a piece of cake. (To know how to mute a hashtag, click here.)

Here is a list of the official anime hashtags, official Twitter accounts and websites that I have compiled from long-running shows, Winter leftovers and this Spring 2015 season:

Several shows don’t have an official hashtag, it is preferable to create your own hashtag pertaining to the anime that you are going to talk about. It is much better if you simply use the title of the show without adding symbols. (E.g.: For Naruto: Shippuuden, you can just use #narutoshippuuden).

There are over 50 new shows to air this season and quite a lot of continuing shows too! Which are your most anticipated this season?